Has a doctor ever made you feel like you were overreacting? Blamed an ailment on something you were sure wasn’t the cause? Or have you witnessed a smirk, even side-eye, after revealing you found relief in a change of diet or nontraditional treatment? If so, you may want to heed the call of sex educator Dr. Logan Levkoff and say enough is enough.

“We need to call bullshit on systems that aren’t working for us. We want to be ladylike. We want to be polite. But sometimes we just need to say, ‘You know, that’s bullshit. That doesn’t work for my health or for my body, and I’m not going to go by your rules anymore,’” Levkoff said at the #BlogHer18 Creators Summit on Thursday, Aug. 9. She spoke on a panel hosted by SheKnows health and sex editor Elizabeth Yuko along with Keech Combe Shetty, CEO of Vagisil — which has a new emergency contraceptive, Preventeza, on the market — and Bethany Edwards, cofounder of Lia, the first flushable pregnancy test. 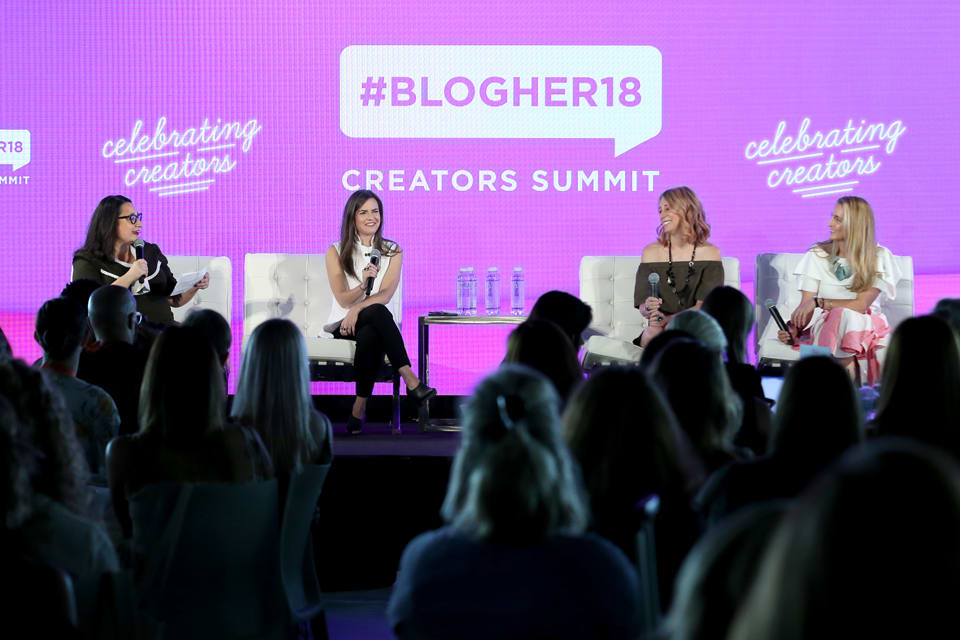 While Levkoff was hardly trying to incite categorical distrust in the medical profession, she was saying it’s OK to trust yourself and your body — to seek second, third and fourth opinions when the right treatment eludes you. Even the best doctors are limited to their experience, and each walks into the exam room with their own set of beliefs and biases. Most strive to be mindful of this, but not all do — or not all do it well every single day. And since doctors are authority figures, people have been groomed to defer to since birth, it makes it even harder to speak up.

It’s a problem Combe Shetty zoomed right in on. “[Women] are programed to listen to authority leaders. Not only authority leaders, but our families, our communities, our religions,” she said. “But think about where these concepts and where these rules originally came from. Is that still relevant to you today?”

To illustrate the point, Combe Shetty called out Serena Williams, who had to fight for the correct test after she developed blood clots in her lungs during a C-section. It’s an ordeal Vogue detailed in a February profile of the tennis player:

“[After surgery] Serena suddenly felt short of breath. Because of her history of blood clots, and because she was off her daily anticoagulant regimen due to the recent surgery, she immediately assumed she was having another pulmonary embolism. (Serena lives in fear of blood clots.) She walked out of the hospital room so her mother wouldn’t worry and told the nearest nurse, between gasps, that she needed a CT scan with contrast and IV heparin (a blood thinner) right away. The nurse thought her pain medicine might be making her confused. But Serena insisted, and soon enough a doctor was performing an ultrasound of her legs. “I was like, a Doppler? I told you, I need a CT scan and a heparin drip,” she remembers telling the team. The ultrasound revealed nothing, so they sent her for the CT, and sure enough, several small blood clots had settled in her lungs. Minutes later she was on the drip.”

If a powerful woman like Williams could struggle to be taken seriously, anyone could, argued Combe Shetty. “You just have to keep asking questions,” she said. “Rules without reason are one of the most frustrating things. And you really have to start questioning why they exist.”

That’s a good reminder for us all.

31 mins ago
by Brianne Hogan