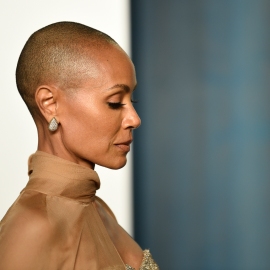 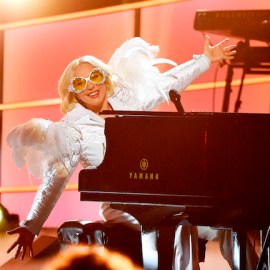 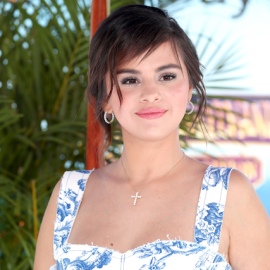 These Celebrities Are Living With Rare or Chronic Illnesses 18 Images

It’s a common misconception that bipolar disorder is synonymous with “mood swings.” The mental illness, which, according to the National Institute of Mental Health, affects approximately 4.4 percent of American adults at some point during their lives, is often misunderstood by the public. It also frequently goes undiagnosed or misdiagnosed, meaning that many patients wait years before they’re treated with the right medications and therapeutic techniques.

“Bipolar disorder is usually diagnosed in teens or early adulthood, but many of those people report experiencing symptoms during childhood,” Dr. Sal Raichbach a psychologist and licensed clinical social worker at Ambrosia Treatment Center, tells SheKnows. The illness is more difficult to diagnose in children because its symptoms are similar to common childhood mental health issues like anxiety disorder and ADHD.

Contrary to common belief, Raichbach says that individuals with bipolar disorder aren’t extremely happy one minute and completely depressed the next. “In reality, the cycles of bipolar disorder usually happen over the course of months or years rather than minutes,” he explains.

Bipolar disorder can be genetic

Individuals who have a first-degree relative with bipolar disorder are more likely to develop the illness themselves. “If a parent has bipolar disorder, for example, his or her children have about a 10 percent chance of developing bipolar disorder,” Dr. Bryan Bruno, medical director at Mid City TMS, tells SheKnows.

“Misdiagnosis is common in people who have bipolar disorder,” Bruno says. As an example, he notes that when patients are in stages of mania, they can be misdiagnosed with ADHD because of symptoms like racing thoughts, restlessness and being easily distracted.

The symptoms can worsen during pregnancy

Bruno tells SheKnows that many women’s symptoms worsen when they’re pregnant. “Approximately 45 percent of women with bipolar disorder have a relapse of either a depressive or manic episode during pregnancy,” he says.

The hallmark of bipolar is mania

Although people often associate mood swings and irritability with bipolar disorder, Dr. Leesha M. Ellis-Cox, a psychiatrist, tells SheKnows that these symptoms are more commonly seen in a different mental illness: major depressive disorder. “The hallmark of bipolar disorder is mania,” she explains. “A manic episode is required to make a diagnosis of bipolar disorder.”

It’s dangerous to treat bipolar with only antidepressants

Ellis-Cox explains that treating bipolar disorder with only antidepressants can trigger a manic episode. A mood stabilizer is “the mainstay of pharmacologic treatment used for bipolar disorder” and all other medications are supplemental.

“Research demonstrates that there is an average of eight years before an individual with bipolar disorder receives an accurate diagnosis,” Ellis-Cox says. It’s common for bipolar patients to initially be diagnosed with major depressive disorder. They’re put on antidepressants, which can make symptoms worse.

There are support groups for those with bipolar disorder

If you or a loved one has bipolar disorder, it’s important to remember that you’re not alone. “One of the best ways to find relief from any mental health issue is to get help and support from those around you who have been there,” Raichbach says. Groups like Depression and Bipolar Support Alliance and Emotions Anonymous offer a community that can provide support and encouragement.

A version of this story was published June 2018.