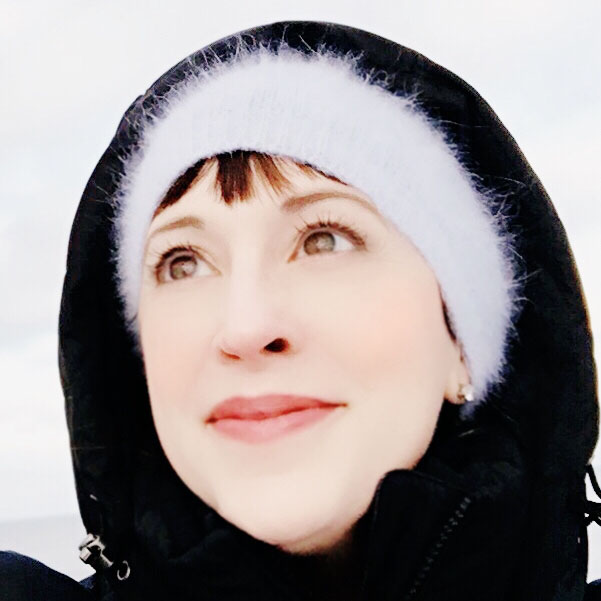 The first time I saw a doctor for the pain — the mysterious one that appeared in my abdomen a few months earlier — I assumed it’d be handled the usual way: discussed, diagnosed, treated. But this was not a usual doctor’s appointment. I was in college, and sex with my longtime boyfriend had become painful. Not knowing where else to go, I went where I had always gone: my pediatrician.

Now a white-haired gentleman far more at ease with irascible toddlers than college girls with complicated sex lives, he asked me to detail my symptoms. “During intercourse, it’s like he’s… hitting something,” I said. “And it’s really painful, like a super-sharp pain.” He gave me a quick pelvic exam and pronounced me healthy. While I got dressed, the nurse who had been standing stiffly over his shoulder told me “sometimes pain is the body’s way of protecting us.”

A parade of doctors

Still fresh from the sting of my prescriptive rebuke — and with my boyfriend Jeff’s hopeful encouragement — I visited my campus medical office for a fresh opinion. The doctor’s verdict: “Experiment with new positions.”

Jeff and I had met in a sophomore creative writing class and had been together for two years at that point; at just 20, our sex life until then had been vigorous and sublime. For penetration to slowly grow into a source of excruciating pain for me wasn’t simply unfortunate; it was a loss of one of the great joys of our coupledom — a loss I took particularly hard.

Nonetheless, Jeff persevered, pleading with me to visit another doctor. “This isn’t in your head. There’s something wrong with you. You just need to find the right doctor to tell you what it is.”

On a visit home from college, I saw a gynecologist. I left with a sample of lube.

With each successive doctor, a pattern emerged. First the questions: the type of pain, the timing, my menstrual cycle, cramps, PMS, bowel problems, urinary problems. But I had normal periods, unexciting bowel and urinary habits and a frustrating dearth of mood swings or nausea. All I had was painful intercourse, a topic potent enough to elicit examination-room-wide embarrassment and a trite, dismissive professional response.

I also, to my credit and dismay, had a boyfriend who both accepted our intercourse-less plight while ceaselessly encouraging me to keep seeking medical assistance. Between the time the pain set in and the years that passed without a diagnosis, Jeff proposed and I accepted, and we relocated from our midsized Florida city to Washington, D.C., to embark on careers and begin graduate studies.

Nonetheless, the dearth of intercourse — that most intimate of couplings — gnawed at my perception of our “fit.” Over time, too, the excruciating pain had led me to shut down when he so much as hugged me, fitfully wondering, “Is this going to lead to intercourse?” Dejected, repeatedly rejected, Jeff continued to encourage me to get help.

I visited my new HMO. When the new intern who saw me flushed with shame and changed the subject, I resolved to live a life without intercourse.

“One more doctor,” Jeff said. “I’ll ask you see one more doctor. If she can’t give you a diagnosis, we can stop, and I won’t ask again.”

Within a week, I met with an OB-GYN through the same HMO and detailed the same solitary symptom.The doctor studied me and my chart for a minute and said, “I think you have a condition called endometriosis. But the only way to be certain is to operate.”

Occurring at any time in a woman’s reproductive years, she explained, endometriosis takes place when tissue similar to the lining of the uterus (endometrium) attaches outside the uterus: the bladder, ovaries, fallopian tubes or elsewhere in the pelvis (in my case, she opined, the cervix). Affecting around 1 in 10 women across all racial/ethnic and socioeconomic backgrounds, according to the Endometriosis Foundation of America, endometriosis remains largely unrecognizable, misdiagnosed and mistreated.

It was a gamble, the doctor said: I had no family history, no visible test markers, none of the many correlative symptoms for endometriosis save one. But my alternative to a potentially pointless surgery was a sexless future, cementing my decision.

Later that month, Jeff drove me to the hospital for the two-hour laparoscopy with laser outpatient procedure. When I was roused from anesthesia, the doctor told me what she’d found: “Endometriosis — one of the most extensive cases I’ve seen.”

I’d scored a break, after years with a doggedly persistent partner and with one good doctor. My OB-GYN pointed out that she’d been conservative with her laser to reduce any scar tissue; endometriosis is a factor in infertility, and if I wanted children, she urged me to have them now.

At 26, fresh from half a decade without penetration and with a newly endometrium-free vagina, children were miles off my radar. At center target: restoring the sexual health of an eight-year relationship that, for three-quarters of it, had gone without pain-free penetration.

But the second sexual honeymoon phase for Jeff and I never materialized. After six years of medical struggle, we had become more like genial roommates, childhood friends who offered an ear and the odd supportive hug. His every attempt at intimate touch only stirred in me the long-ingrained memory of pain, and I could never fully relax and allow myself to be swept away into mutual pleasure. Eventually, as even the most genial roommates do, we parted, wishing each other only the best.

A decade later, I met the man who would become my husband and — to our shock and delight, and both times while on prescription contraceptives — quickly became pregnant with our two daughters, sharply disproving the doctor’s suggestion that certain infertility lay in an endometriosis sufferer’s future. And while this is a life I would not alter, there is much I would give to retrieve those six years — years of futile pain, years absent of deep intimacy with a tirelessly supportive partner. For him. For me. For the innocent exuberance of us that withered with time and needless uncertainty.

14 hrs ago
by Meredith Goldberg

18 hrs ago
by Hannah Rimm