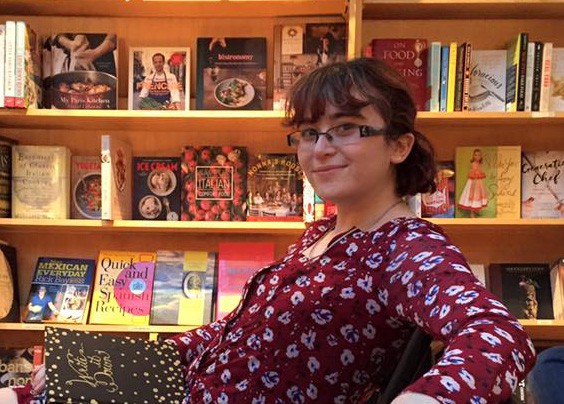 Being seen is hard when you have an invisible illness. It’s easy to feel like even your friends and family — let alone the public and doctors — aren’t able to see your condition.

It’s even harder to see yourself depicted in media — if you’re even represented at all. While I understand it may be hard to show something that literally has “invisible” in its name, I’m so tired of only seeing parts of myself — usually in a hospital bed — in medical shows.

Then came the latest season of Jessica Jones on Netflix. I had already been a fan of the show from the beginning, but noticed that in the second season, something had changed. By now, people know about Jones and her powers, and if you tilt your head and squint, she could be seen as a warrior for those with invisible illnesses and disabilities.

Hear me out: Jones is now outed as a physically strong woman — like, ridiculously strong. Doctors and scientists experimented on her as a child, which ultimately resulted in her power of unbelievable strength. While it may sound like something that’s overwhelmingly positive (who wouldn’t want to be able to lift heavy things all the time?) it still marks her as different — something she has had to struggle with for 17 years.

That struggle is familiar to me. I didn’t always have an invisible illness — in fact, I was a really healthy kid and loved playing sports. Then around 10 years ago, my stomach just stopped working. Suddenly, I’m being told I can’t process food and I might faint if I stand for too long. Since food is unavoidable, I found my life had changed significantly. All of a sudden, I was a different person, and I didn’t take to it well.

In the new season, everyone looks at Jones differently. People stare at her a little too long. She’s viewed as something to be wary of because she is so strong. They’re afraid of her, like she’s going to either destroy everything or as if her powers can be contagious.

Being different and having others look at you as something abnormal is what people who have physical disabilities face every day. People will look at a scar, a missing leg, a face that doesn’t seem “normal” for too long. They will be afraid to interact with them, like they are a time bomb that will explode if touched.

On the contrary, Jones’ powers are not openly visible — until she shows her strength, that is — so she can usually slip under the radar. She can go from being viewed as “normal” until suddenly, she’s different. Suddenly, she’s not like everyone else. She’s abnormal. It’s almost like she lied to them.

Her response was to demonstrate her strength by bending a metal chair in half with one hand. Jones makes her point.

Similarly, in many cases, doctors don’t believe people — especially women — when they say they’re in pain until there is some physical indication. People with invisible illnesses or disabilities can spend years, maybe even a decade, to find a doctor to take them seriously. It took me around five, and then another three years to actually get a diagnosis and help.

When doctors can’t see the problem, they start to assume the person is the problem.

Jones’ relationship with doctors and hospitals is tumultuous to say the least. Having her powers created as part of an experiment has given her a lot of anger and likely PTSD. So much was taken from her when they did this. She can never be normal again. There’s a special kind of grief that comes with losing yourself in such a way.

When she has to face those doctors again, suddenly, all that trauma comes back. She starts to lash out, which only makes her seem more dangerous. Many people with chronic illnesses or disabilities can relate. We have to go through the same process of not going back to who we used to be. We’ve had similar experiences of having power struggles with doctors who don’t believe us. How the more upset we get, the more hysterical we seem.

Then there’s Jones, just trying to live her life. When her apartment building manager discovers her strength, he’s wary of her. After being served an eviction notice, Jones confronts him. Basically, she calls him out on being a bigot. “You were all smiles, checking out the neighbor until you saw that I was different. That’s called prejudice.” His response was to dismiss her and claim she isn’t a protected class.

This idea of being “normal” but different reminds me a lot of people who have invisible illnesses and need to use handicap parking spaces. Most people end up confronting them, saying they don’t deserve to have this special accommodation. I know that when I take public transport and start to feel faint, I’m too scared to ask for a seat. I’m afraid of the stress of a confrontation.

Again, if you tilt your head and squint, Jones could be a positive role model for those with invisible illnesses. Despite the judgment, she goes on. Despite the pain of her past and her powers, she goes on. She’s not perfect by any means, but that makes her all the better. She isn’t positive all the time but it doesn’t matter. She still goes forward — just like the rest of us with conditions that aren’t seen.