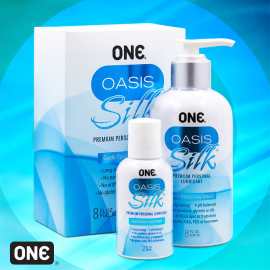 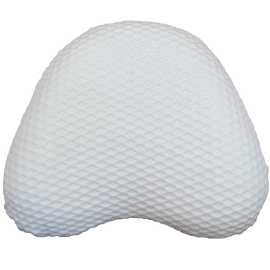 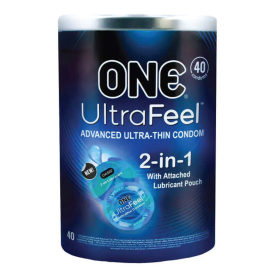 Some men wear scrubs when they accompany their wives to an embryo transfer. Mine? Oh, he wears a clown outfit. Well, not exactly, but I’ll never forget the time my husband busted out nerdy glasses and a clown wig just minutes after my very first embryo transfer. We’d seen a study in the journal Fertility and Sterility that laughter in that moment could improve one’s chances of pregnancy, and he thought he’d surprise me with a comedic curveball.

Though that IVF cycle didn’t work, I was touched that he put in the effort — and believe me, we would have tried anything in hopes of achieving that elusive BFP (that’s “big fat positive”). I pretty much did, from drinking lots of bone broth to getting vitamin D injections to eating Brazil nuts on the daily.

And I’m not alone: secret Facebook groups and online communities are full of women giving each other tips and tricks for increasing their odds of succeeding at IVF. Some are rooted in medical fact, while others are basically old wives’ tales — but a select few have become almost rites of passage during IVF, widely known and discussed in infertility circles.

So, which of these commonly held “myths” are just that and which are actually worth giving a try while undergoing fertility treatments? I spoke with CARE Fertility’s Dr. Rudy Quintero to find out.

IVF myth No. 1: Eating pineapple core for five days after embryo transfer can up one’s chances of conception

Pineapple is already widely believed to induce labor, but can it induce pregnancy itself? According to Quintero, the five-day pineapple core regimen is “one of the most popular myths” he hears from his IVF patients. While Quintero acknowledges there is a “lot of anecdotal evidence” about the wonders of pineapple, he says there isn’t a lot of scientific data to back it up.

So why all the buzz about pineapple? The fruit contains bromelain, an enzyme with anti-inflammatory, anticoagulant and blood-thinning properties. (Much of the bromelain is concentrated in the core, hence why people cut the core into fifths and eat that part.) Some fertility doctors prescribe low-dose baby aspirin — also a blood thinner — to help improve blood flow to the uterus, so the idea is that pineapples could mimic that effect.

“If you’re spending tens of thousands for IVF and want to try something that has at least some data [supporting] it, it’s probably better to do baby aspirin,” says Quintero. “Eating pineapple core is fine, but it won’t be make-or-break.”

IVF myth No. 2: It’s a must to wear warm socks throughout the two-week wait

A widely held principle in Chinese medicine is that a “cold” uterus — or one with poor blood flow and circulation — can be a cause of infertility. While many undergo acupuncture and ingest herbs to remedy this issue, some women also take the precaution of wearing warm socks throughout an IVF cycle so as not to let heat escape the body.

So do warm feet equal a warm uterus? Not really, says Quintero. “Your core temperature stays pretty much stable, and that’s where your embryo is [inside the body]. Even if you feel cold, your core is probably still a normal temperature.” That said, wearing socks certainly can’t hurt — especially if they’re a cute pair of IVF good luck socks.

IVF myth No. 3: Drinking pomegranate juice can pump up your uterine lining

Achieving that coveted 8-millimeter-plus lining is the holy grail of IVF, but can pomegranate juice help you get from point A to point B(aby)? Many women swear by drinking it for the first 13 days of their cycle, but according to Quintero, the medical community “knows very little about uterine lining and what makes it really thick outside of the normal estrogen a person develops. In talking with my colleagues, very few of us have recommended pomegranate juice [for priming your body for pregnancy].”

IVF myth No. 4: Eating Brazil nuts during the two-week wait can lead to a healthy pregnancy

Brazil nuts aren’t just tasty snacks — they’re packed with selenium too. One study published in the journal Metallomics found that selenium helps promote healthy egg follicles in female cows, and that same study also found that levels of GPX-1 (a protein found in selenium) were much higher in women who got pregnant after a single embryo transfer.

So it’s not hard to see why Brazil nuts have gotten a rep among IVF circles as a go-to food, but Quintero does suggest eating them “in moderation.” Too much selenium can be toxic, so it’s wise to stay within a healthy range. The recommended daily allowance for women ages 19 to 50 is 55 micrograms, with the highest maximum amount being 400 micrograms daily. Translation? One or two Brazil nuts — which typically contain 68 to 90 micrograms apiece — a day should more than do the trick.

IVF myth No. 5: Eating McDonald’s fries after an embryo transfer increases your chances of a BFP

Could fast food equal a fast fix for infertility? If only it were that simple — Quintero says there’s zero basis for this widely held IVF superstition.

The myth may have roots in the fact that some doctors recommend eating salty foods to avoid ovarian hyperstimulation syndrome after an egg retrieval, but it’s somehow morphed into a popular ritual after embryo transfer. So should you bother? “It’s just an old wives’ tale, but this can be a highly stressful procedure, so go ahead and eat comfort food if it makes you feel better,” says Quintero.

On a bigger-picture level, Quintero suggests that women going through IVF apply that logic to all of the above myths. “I’m not one to discourage patients from trying something if there is no harm to it and it’s not extremely expensive. Whatever can make the journey feel a little bit less stressful and more manageable, I’m all for that.”

So go ahead — stock up on Brazil nuts and pineapple, snuggle up in those socks, drink pomegranate juice and, yes, say, “I’m loving it,” to those greasy fries.

Before you go, check out our round-up of 69 sex positions to put on your bucket list: