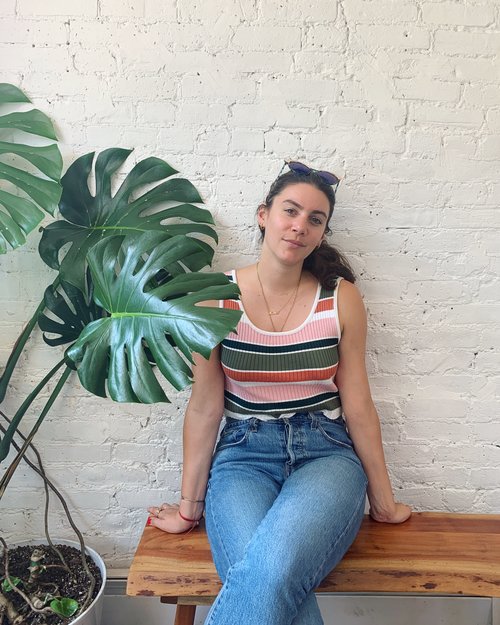 I never thought of myself as someone who has a type. In fact, I’ve prided myself on giving every kind of guy a fair shake — a dating eclectic, if you will. But recently, my friends pointed out that my idea of variety is actually a lot of the same.

“You date hipster bro dudes,” my friend Sarah told me over brunch one day. Apparently I like tall, beefy guys with beards, tattoos and a penchant for craft beer. These are the guys who you can tell went to a good school and got into finance, but then transitioned into graphic design. They carry backpacks and read Bukowski. “Oh, and they probably have a square jaw,” my mother said, after I called her to ask what she thought my type was. “And they can’t live in New Jersey. They have to be older than you, and they have to be liberal.” (Damn, Mom.)

I felt read. But because I actively try to avoid becoming a total cliché, I decided to line up three dates with men who weren’t my typical type. I scoured dating apps, and every time I instinctively wanted to swipe left, I went right. In a few hours, I’d lined up a date with Joey* — a shorter, stockier guy who lived and worked in New Jersey. This is the type of guy I grew up with but avoid dating because I am convinced we’d have nothing in common.

At this point, I was racking my brain for ways to end this date, so I was relieved when he asked for the check without seeing if I wanted another drink. Part of me felt bad — here is this nice guy who wants to start a family and has a full head of hair; had I stayed in New Jersey, I might be married to that guy this very day. But that’s not where my life is, so Joey struck out.

My third date was with Peter*, who looked like a Patrick Bateman cliché. He went to Yale, lived in FiDi, and worked for Morgan Stanley. His profile literally had a picture of him holding a champagne bottle on a yacht. Peter was actually funny, but he wouldn’t let me get a word in edgewise. He talked about his trip to Yacht Week and his one-bedroom apartment — which he not so subtly tried to get me to go to “for a drink.” I just sat there, smiling, trying to find an opening to contribute. None ever came.

But it was when Peter brought up politics that I wound up really biting my tongue. I’d unwittingly gone out with a guy who shared a completely different voting record than I did — and was very loud about it. “Don’t tell me you’re a Democrat,” he said to me. “Peter, you live in New York City,” I said. “Everyone is a Democrat.” I then thanked him for the evening, put a $10 on the table for my drink, and excused myself.

Was my experiment a total disaster? I wouldn’t go that far. It showed me that I do, in fact, have a type. And it makes sense that I do. Given the amount of time that I’ve been dating, I’ve weeded out the guys I know not to waste my time with. I don’t see that as being picky — I see that as economical. Hopefully, one date, my hipster bro dude Prince Charming will come along and we’ll settle into a brownstone in Brooklyn. But until then, I’ll happily continue to date within my “type.”

*Names have been changed for anonymity.