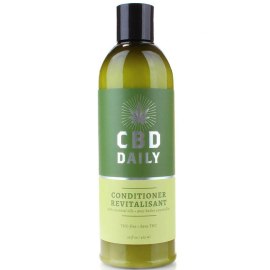 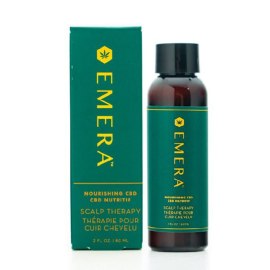 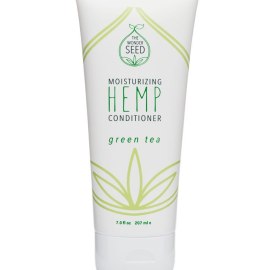 Greasy hair isn’t exactly the aesthetic many of us strive to attain. But as it turns out, hair grease is (like many things in life) healthy in moderation. The oily substance is technically called “sebum,” and it’s naturally produced by a sebaceous gland that’s located below the surface of the scalp and connected to the hair follicles. In addition to sebaceous oil from the scalp pores, Paul Labrecque of Paul Labrecque Salon and Spa says pollutants from the atmosphere can contribute to greasy hair.

Sebum provides necessary hydration to both your scalp and your hair itself. The amount of oil excreted by the scalp runs the gamut depending on the person, which explains why some of us have greasy-looking hair less than 24 hours after a shampoo and others can easily go a week without washing their hair.

The amount of sebum your hair produces is heavily influenced by your hair’s texture, so hair grease operates differently on everyone. Your ethnicity, hormones and genetics all play a role in how much sebum is produced.

Celebrity hairstylist Meaghan A. Frayne of Angelo David Salon tells SheKnows that people who have straight or fine hair tend to notice their locks get oilier. “[When] the hair is smooth and loose, the oil appears more visible,” Frayne explains. For individuals with thick, coarse or curly hair, “the oil is essentially not as mobile due to being absorbed by many thick hairs at once.”

If your hair gets greasy quickly and easily, it seems like the logical solution would be to shampoo as often as possible — but Frayne says that actually makes the problem worse. “By over-washing your scalp and drying out that sebaceous gland, it has been proven that the gland will react by producing more oil,” she explains. “This become an unfortunate cyclical process of ‘now I’m greasy I have to wash again,’ causing your scalp to in return produce more oil faster.”

Frayne says that ideally we should shampoo our hair either once or twice a week — a major decrease for many women. “The trick is to break the cycle of over-shampooing,” she says.

Celebrity hairstylist Courtney Nischan also recommends shampooing once a week (twice if you’re an avid fitness nut) and says this applies to all hair types and textures. Nischan suggests cutting back gradually on the number of shampoos per week. “I tell clients it takes about three weeks to start to see the change in the oil when weaning off the amount of shampoos per week,” she says. “Start with every other day, and you’ll see a drastic change in a few weeks. Then shampoo every two days for three weeks, then every three days” until you’re down to once per week.

During the adjustment period, your hairbrush will become your new best friend. “Brushing your hair is really important to maintaining a healthy scalp. Oil production on your scalp is healthy and natural. Without daily brushing, the oil will sit at the scalp area and clump up, making it appear greasy,” Frayne explains. She suggests using a natural-bristle brush twice a day — once at nighttime and once when you wake up in the morning to tame your bed head.

If your hair is on the greasier side, Nischan suggests this trick: Start each shampoo before there’s water on your hair. She explains that shampoos have a “water attracting end” and an “oil repelling end.” Like a sitting bottle of salad dressing, you can see the barrier when the oil and water separate. So if you get your hair wet before shampooing, the shampoo won’t successfully remove all the oil. By adding the shampoo first, “you’ll get a bit of lather even before you add water,” Nischan says. “Add more and more water, each time emulsifying — suds it up! — in between. I guarantee you’ll never have a cleaner wash.”

Although greasy hair isn’t our favorite thing in the world, it’s not unhealthy. And when it comes to shampooing, less is more — regardless of your hair type.

A version of this story was published January 2018.

Want to play with CBD in your hair routine? Here’s our product guide:

6 hrs ago
by Sam Manzella