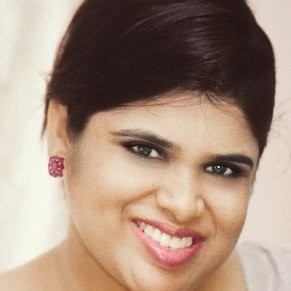 It was a feeling I’d never associated with sex; I’d just had an orgasm, and instead of being filled from top to toe with a rosy glow, I was in pain. I rolled over on my side, hands on my abdomen and winced. The pain — a painful cramping sensation that made me distressingly aware of my abdomen and my pelvis — was an entirely new one. I curled up in the fetal position and waited for it to dissipate, which it did after a while.

I had no idea what had just happened, and I certainly didn’t expect it to happen again, but it did not long after. That was when I realized my painful orgasms were here to stay and I needed to figure out what was going on. A quick online search assured me I’m not alone. Dysorgasmia — the technical term for painful orgasms — is more common than I knew, and there are a number of causes.

To figure things out, I reached out to Dr. Leela Krishnan, a gynecologist, to ask her about the reasons for my sudden postorgasmic pain. She was sympathetic and matter-of-factly informed me that dysorgasmia tends to happen to women in the age group of 35 to 55, although men who have had prostate surgery may experience it as well. This seemed to suggest it had something to do with menopause, which she confirmed. “During menopause, estrogen levels fall, and the lowered female hormone level is a major contributor to dysorgasmia in women. The severe cramping is usually located in the abdomen, although sometimes it also occurs in the lower back and rectum.”

Menopause, however, is not the only reason for painful orgasms to occur. Medication — typically antidepressants — is another reason for dysorgasmia. I’d recently begun taking antidepressants, and I’m 40, which puts me right in the middle of that 35 to 55 age bracket. Apart from this, I also suffer from polycystic ovarian syndrome, which I soon found out was another reason for painful orgasms. Depressingly, I seem to be a prime candidate for the condition.

Krishnan pointed out that there are other reasons for dysorgasmia, such as endometriosis — a painful medical condition that occurs when some of the endometrium (uterine lining cells) grow outside the uterus. They thicken and bleed along with the rest of the endometrium to cause a period, but because of their location, the blood has no place to go. This results in the formation of painful scar tissue, which leads to sufferers feeling intense pain during their periods and can also be a major cause of painful orgasms.

Pregnancy is another reason for dysorgasmia and is sometimes the first indicator of a pregnancy in some women. It is recommended that pregnant women who experience dysorgasmia consult their gynecologist just to ensure it is not a sign of a larger problem.

According to Krishnan, dysorgasmia is still on the rare side, and there are no actual treatments for the condition itself; rather, the underlying causes are treated. “Until recently, it wasn’t even talked about or discussed; it was relatively unknown,” she explained. “I’ve treated patients suffering from various reasons for dysorgasmia, although I’ve never had a patient complain of dysorgasmia itself. This is why it is so important for sufferers to consult a medical professional. It’s important to rule out the various reasons such as endometriosis, ovarian cysts, fibroids and bacterial infections of the pelvis.”

But Dr. David Delvin, a general practitioner and family planning specialist, disagrees, arguing that dysorgasmia is more common than people think, although he says not much is known about this condition and corroborates Krishnan’s statement that the condition itself was not known about until recently.

As for treatments, well, it’s not very different from the sorts of things we do to relieve cramps during our periods. Delvin recommends “a pain-killer or a nonsteroidal anti-inflammatory drug, such as ibuprofen or aspirin. Warmth in the form of a hot water bottle applied to the lower part of the tummy was also helpful. One woman whose pain was mainly in the rectal area told me that she got relief of the symptoms by inserting a 50 milligram diclofenac suppository into the rectum.”

Long-term treatments, according to Delvin, could include taking a painkiller before sex, typically two to three hours prior. Because female hormone levels fall during menopause, he has also achieved some success in putting patients on hormone replacement therapy. When in doubt, however, he recommends consulting one’s own gynecologist or general physician.

Although doctors seem to be in agreement that dysorgasmia is fairly new, I found a number of questions in a number of forums, typically posted by distressed women asking if anybody else suffered postorgasmic pain. It’s quite common for our discussions about sex not to cover the problems associated with sex, and sadly, this lack of transparent and frank discussion leaves many women in the cold.

Sex is wonderful, and everyone deserves to have great sex and wonderful, pillow-gnawing, toe-curling orgasms. If your orgasm is less than perfect, talk about it, be honest with yourself and your doctor and help end the stigma associated with frank and fair conversations about the not-so-great aspects of sex.