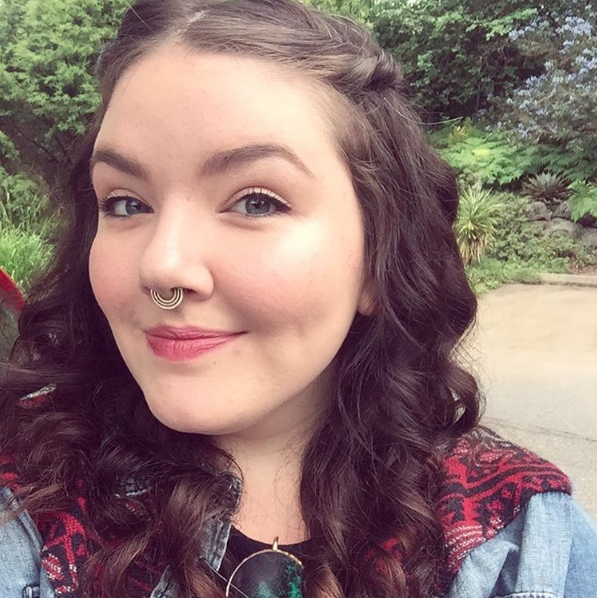 When you’re gearing up for a first date, what’s on your mind? For those carrying the herpes virus (HSV 1 or 2), it may be quite a lot. In addition to the universal jitters about what to wear and concerns over whether or not that drink will end up as a stain, there’s also a polarizing, highly-stigmatized sexually transmitted infection talk that must take place –– at least eventually.

“I believe that STI status disclosure is part of the consent process,” says Yana Tallon-Hicks, sex educator and relationships therapist. She adds that in order to consent to a sexual interaction, both people must be fully informed about what they are consenting to before they agree to do that particular thing.

“Knowing if you are at risk of contracting an STI –– and especially an incurable STI –– is incredibly important to that process,” Tallon-Hicks explains.

Talking about herpes shouldn’t be nearly as much of a taboo as it is considering that 50 to 80 percent of adults in the U.S. have oral herpes (aka cold sores), which can be transmitted via oral sex. Herpes can be contagious with or without symptoms, so anyone who has ever experienced cold sores needs to inform their partners of their herpes status before engaging in kissing or oral sex. Also, about 1 in 6 have genital herpes, which of course can also be transmitted.

Despite the common rate of infection and exposure and generally mild symptoms, herpes remains culturally stigmatized and the concept of disclosure can feel burdensome when entering a new relationship. Ethically, there’s no way around disclosure (which also means that there’s no way around regular testing), but that doesn’t mean the same thing for everyone; it may not be a first-date conversation at all.

“There are two specific schools of thought when it comes to disclosing to a new partner. A or B,” says Jenelle Marie Pierce, founder and executive director of The STD Project and spokesperson for PositiveSingles. The first is telling someone as soon as you meet them or putting it on your dating profile before someone even swipes right, she explains.

According to Pierce, the other school of thought is that it’s not a necessity to say it right up front.

“Before you put them at risk, if you anticipate that you’re going to be engaging in sexual activities, then at that point, it’s your responsibility to let them know, but that might be a few dates in. That might be a few months in. It just depends on how fast your relationship is progressing and how fast you move into that territory. It’s up to the individual to decide when it’s right,” she says.

More: So There May Be a Link Between Bikini Waxing & STIs

So how does someone decide which route is the best method for them? Weighing the various risks and benefits of each might play a role in determining the timing of disclosure.

Pierce explains that the idea behind immediate disclosure is that at that point, the individual won’t feel emotionally invested or have started to get attached to the person. “You won’t be into them because you don’t know who it is or you’re just meeting them for the first time, so there’s no emotional investment, and it’s a lot easier to take a rejection as a result,” she explains. “So if somebody chooses to say, ‘Thanks but no thanks,’ or ‘This isn’t for me right now. I’m not willing to take on that risk right now,’ which is totally their prerogative, then it doesn’t have the potential to be as painful and doesn’t sting as much if it’s someone you don’t know or care about much yet anyway.”

The beautiful thing about social media dating, according to Tallon-Hicks, is that you can weed out the people who can’t or won’t accept you for who you are “right off the bat before they even like, swipe or DM you.” She says that posting that you have herpes on your dating profile means that anyone who contacts you already knows your STI status and is at least willing to take the risk of having a conversation with you about how that may impact your date or hook-up with them.

“Though it’s certainly vulnerable to post something like that, especially given that you never know who might stumble upon your profile, it can be a useful filter,“ she adds.

Considering the reduced risk of more painful rejection down the line, why might some people want to wait a bit longer? That’s when vulnerability comes into play.

The idea behind waiting to disclose, Pierce explains, “is that oftentimes, it feels like a very sensitive and personal issue to disclose to someone, and a lot of people are a little reticent about telling a stranger because they don’t want that word to get spread around.”

If the person with herpes hasn’t developed a relationship with the person they’re dating, they might want to wait a little while in order to determine whether or not they can trust them with that sensitive information, she adds — before putting them at risk, of course.

Most people are OK with this approach, ethically, because in most circumstances, people don’t list every potentially negative thing about themselves on the first date, which Pierce describes as being “like emotional- and personal-vomiting all over your date.”

More: Reminder: Vagina Is Not a Dirty Word

“You don’t say, ’I have halitosis, a mother who’s an alcoholic, my brother’s in prison and I have really awful credit because I didn’t pay for my credit cards and $100,000 in student debt and a really dirty apartment.’ Nobody says these things that sometimes are deal-breakers,” she says.

Rather, these topics tend to come up as you get to know the other person.

“Until you get to know somebody and establish a trust and interest in them, then it’s not necessary to tell,” Pierce explains. “Of course, if you’re going to put somebody at risk and do anything sexually with them, then you need to, ethically, tell them.”

In the end, the only “right time” to tell someone about a positive herpes status is before they are at risk. Status disclosure before exposure is necessary, but the timing is a personal decision.