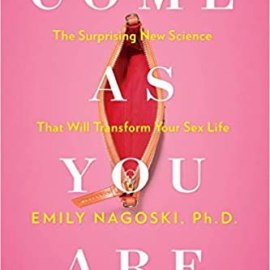 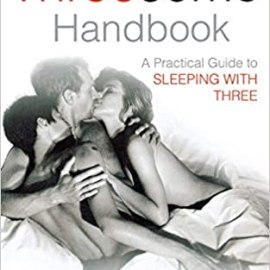 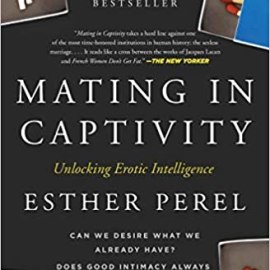 When it comes to love, the old cliché does usually turn out to be kinda true: The heart wants what it wants, and that doesn’t always (or even usually) fall within the bounds of what you’d want or expect in a partner. One of the more interesting romantic scenarios, along with people from highly different cultures, religions or backgrounds pairing up, is when people who are decades apart in age fall for one another.

“Partners from different generations may have different cultural reference points and values and polar opposite tastes in music and film and even friends and also have different approaches to the sex life,” says Dr. Fran Walfish, a relationship psychotherapist and author based in Beverly Hills. Still, with research showing that typical marriages still have about a 50 percent chance of lasting, who cares how old each partner is if the relationship is working out?!

A study in Evolutionary Psychology found that most singles prefer to date those within their general age group — even the ones who modern stereotypes indicate would prefer a partner of a different age, like, say, middle-aged straight men going for younger women. You have to admit that it probably keeps things a lot simpler in certain ways if you are close in age.

We wanted to find out from real women what being in an LTR with someone significantly younger or older is really like. Here, four women open up about their experiences.

Bonny, 42, of Vancouver likes dating younger people. Her last two partners were 11 years younger, and before that, 13 years younger. “In my case, I prefer a younger partner for a variety of reasons: I look very young myself, I find we’re in a similar place in our lives and honestly don’t notice the difference.” Like most relationships with large age gaps, a common challenge is how you both appear as a couple to society.

And ultimately, she believes it won’t affect your relationship happiness as long as you’re both into each other. “I’ve yet to date anyone more than 10 years older; but it’s a mindset thing for me, and I just don’t meet men my age or older who want what I want. If I did, I’d surely date them,” she says.

Claudia, 49, of Boston always dated people her own age until she met her husband of three years, who’s 17 years younger than her. At first, she thought it might just be about the great sex after a series of failed relationships, but it ended up being more than that.

“We met at a party, and while I told myself I should’ve been going for the people my own age, I felt more attracted to and enjoyed spending most of the night with the bartender,” she says. “He was more mature than most guys his age at the time. I fell in love with his energy and open-mindedness. He wasn’t bitter or arrogant like most of the people my own age I met. I was worried that over time, it would feel more like a mother-son relationship, but now I know I was meant to be at that party for a reason!”

Sounds like a fairy tale, but Claudia admits there were and still are challenges at times. “To this day, I don’t think his parents still approve of us, but they’re a lot more accepting than when we first met,” she says. “And my friends still think I’m having a midlife crisis, even though they love hanging out with us. I think our relationship will forever be questioned, but in the end, we love each other, and I don’t care about much else.” Rightly so!

Barbara, 31, of New York City is 29 years younger than her husband of two years. They met and fell in love thanks in part to their shared interest in motorcycles and cars. “I knew Mark was older, but it wasn’t until months after we met that his actual age came up. He admitted that he was afraid that sooner or later I’d leave him because of his age,” she says.

Mark’s age didn’t matter to Barbara, but she worried what her family and friends would think. “When I had to tell my parents how old my future husband was, I was afraid they would object, but it turns out they were eager to meet him and made him feel like family right off the bat.”

Barbara loves the fact that she and Mark have so much in common, and their shared competitiveness and adventurous personalities keep the relationship fun. However, there are of course some challenges to her May-December relationship. “I totally don’t get his old-school music and he laughs at my taste in songs,” she says. “But one thing that does scare and upset me is the thought that I’m not going to have him with me when I get older,” she says.

Anne, 57, of Charlottesville, Virginia, is 15 years younger than her husband and says the relationship works well despite their age difference. “We come from similar backgrounds and worked together, so we had a professional life to share. This is my second marriage and my husband’s third, so those experiences contribute to how we work on the relationship.”

The most challenging part of Anne’s marriage came with her husband’s four adult children, whom she’s closer to in age than she is with her husband (yes, kinda like those situations you too often see in rom-coms like It’s Complicated.)

“His kids made it clear that they did not consider me to be their stepmother,” says Anne. “They would instigate drama and arrange for get-togethers where I would be sure to run into my husband’s ex. One of the worst times was when his oldest daughter was giving birth to her first child. She called us to come to the hospital and when we arrived, my husband’s ex — who his daughter isn’t even close with — was just leaving the room. It was a bit humiliating.”

Aside from his children, Anne says the difference in their life experiences can also create conflict. “When we met, I was 34 and he was 49,” she says. “Now that we’re 57 and 72, we’ve both gained experience, but my husband still occasionally speaks to me as if I’m still young and inexperienced. That can be annoying! But to his credit, if I remind him that I have experience in the area or that I know how to do something, he’ll stop,” she says.

Sounds kinda similar to the communications challenges (and occasional drama) that even couples of similar ages experience. While surely the fear of not being able to grow old together presents an emotional hurdle, it sounds like if you’re compatible and in love enough, that’s not something that should prevent you from moving forward with the right person — even if he or she is decades older or younger than you.

A version of this story was published April 2017.