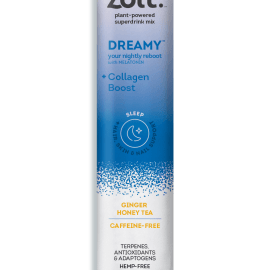 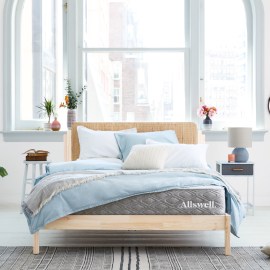 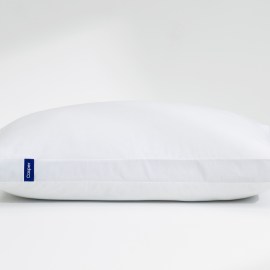 We’ve all had those sleepless nights that become irritable mornings — and if we succumbed to the siren call of an over-the-counter sleep aid, we’ve spent those mornings over-caffeinating to compensate for the latent grogginess and druggy aftereffects (which, of course only leads to more sleeplessness — lather, rinse, repeat).

And even if we do everything the sleep experts advise — like putting away our electronics, creating a serene sleeping space at an ideal temperature and meditating before bed — sometimes, we still can’t get a ticket to the land of Nod. So how can we ease off to sleep without becoming dependent on the OTC stuff or even having to seek out a prescription? Snapping up a bottle of melatonin pills from your local grocery store (they’re not just for the hippie health food store anymore) could be a good way to get to Dreamland.

According to the National Sleep Foundation, melatonin is “a natural hormone made by your body’s pineal (pih-knee-uhl) gland… When the sun goes down and darkness occurs, the pineal is ‘turned on’” and begins to produce melatonin and release it into our bloodstreams.

These increased levels of melatonin help us power down for the day and prepare our bodies and brains for sleep. These heightened levels last for about 12 hours — essentially throughout the entire night — before they drop again at the first flush of daylight. However, melatonin is a very light-sensitive hormone, and even the artificial light of a computer screen can keep the pineal gland from releasing enough quantities to prompt sleep (this would be why any sleep doctor worth her salt doesn’t want that iPad anywhere near your bed).

Indeed, melatonin’s singular gentleness is why it’s the only hormone that, in synthetic form, can be sold without a prescription. This makes it easily available and usually quite cheap. However, the fact that this synthetic melatonin isn’t FDA-regulated means that there is no clear set of guidelines about how to take it most effectively.

Many experts are concerned that people who have heard of melatonin’s reputation as a safe, all-natural solution will use it to try and self-treat chronic insomnia, which necessitates medical intervention. Melatonin is most effectively used as a temporary stop-gap, like when you’re trying to recalibrate your sleep schedule to a shift change or a new time zone or if you just have a rough day now and then and need a little extra melatonin to complement your body’s own natural supply. And it’s best taken in small dosages. Most people should only take one to three milligrams approximately two hours before bedtime.

Though our bodies produce melatonin naturally, certain people shouldn’t take synthetic melatonin — such as pregnant or nursing mothers; people with autoimmune disorders, seizure disorders or diabetes; and people with depression. And it’s best to consult with your pediatrician before giving melatonin supplements to children.

Case studies suggest that overdoses of melatonin aren’t fatal; however, sticking with the recommended dosage, and giving yourself a good seven to eight hours of rest ensures that you’ll have a more peaceful, productive sleep. Though synthetic melatonin is useful as a supplement, it’s still best to do things to cultivate your natural production of melatonin, like turning off electronics one to two hours for bed and turning off (or at least down) the lights in your bedroom.

Getting and staying asleep is one of those instances when your body knows best (even if it needs a little help now and again).