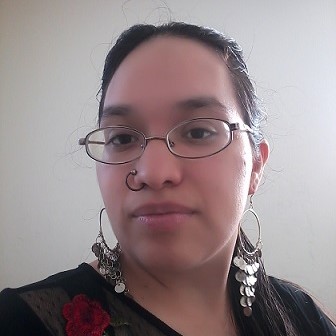 Nearly a year after I was raped, I sat in a hospital in Portland, on suicide watch and told a nurse on staff what brought me there. I described being startled and afraid when a cyclist rode behind me as I walked down the sidewalk, sometimes waking in a sweat from nightmares and feeling like I was blamed by police when I reported what happened to me.

I told the nurse that I broke down in tears when I tried to do yoga because it reminded me of the yoga class where my rapist and I met and said I felt unsafe when in close quarters with strangers. After listening closely to my story, the nurse told me that those all sounded like all of symptoms of post-traumatic stress disorder.

More: How Improving My Overall Health Helped Regulate My Period

He was the first professional to not only name what was troubling me, but also reassure me I could move past it. When he said, “Based on what you’re telling me, and how you’re telling me, I have every reason to believe you can get better,” I was relieved to know I didn’t have to be imprisoned by nightmares, intrusive thoughts, flashbacks and panic attacks forever.

The hopelessness I felt about being raped began to ease. His words helped me feel visible as a human being and made my response to trauma something real instead of something that just existed in my imagination. It was the most supported I’d felt by any professional since I’d been raped.

Unlike the detective to whom I reported the year before, who painted me as the aggressor in his assessment of my rape, the nurse validated my experience. Because of his compassionate response to what I told him, I felt more comfortable seeking support from organizations instead of just trusted individuals.

I called Portland Women’s Crisis Line, a local rape crisis center, and through them, found out my experience of being blamed for my rape was heartbreakingly common. I also found out nightmares, hyper-awareness and trouble feeling safe were all common symptoms of PTSD experienced by survivors of sexual violence. I definitely wasn’t the only one who’d been affected by PTSD after being raped, and knowing this helped me feel less alone.

It wasn’t until the nurse told me what I was going through had a name that it became real to me in the sense that I now knew there was a road map to recovery. I’d never heard of PTSD before then and never knew rape survivors are commonly affected by it.

I knew it was traumatic and hard to talk about for many survivors, and the victim advocate present for the rape exam I went through immediately after the rape had warned me that “anniversaries are hard for people,” but no one had ever told me that nightmares and insomnia might be part of the deal. No one told me what hyperawareness was or how to recognize a panic attack or flashback.

Unbeknownst to me, I began having flashbacks and feeling an acute sense of panic within the first two months after I was raped, but I was in such a state of shock at the same time that I didn’t even realize anything was different. Looking back on that time, it’s all a blur of uncertain memories plugged into a scattered timeframe.

It wasn’t obvious to me I was struggling because I didn’t feel unsafe all of the time. After all, I was still functioning, and once the initial sense of intense shock dissipated within the first three weeks, I thought I was back to normal. It took me several months to even recognize that my nightmares, hyperawareness and panic were all tied to the rape.

Lacking a truly safe place to process the impact being raped had on me — not just mentally and emotionally, but physically — I felt pressure to stuff it down and act like nothing was wrong. I thought that no one would believe my story because the police dismissed it as false. Or because the official conclusion of the state of New Mexico that “no crime occurred” was clearly written in black and white in the letter they sent me telling me I was ineligible for counseling funds because “nothing happened.”

Some of the people closest to me engaged in victim-blaming. Not knowing how to process the blame directed at me by the detective, the state, the victim advocate and even my family and friends, I crumbled under the weight of it all.

Had any of those people known how to respond with more compassion, the outcome might have been immensely different. While I experienced plenty of blaming and shaming from all over the place, I also had support from other people, including friends and acquaintances who became closer friends in the year after I was raped.

Maybe if I’d been given even a few national resources by the victim advocate, I could have navigated my way to help long before I became suicidal. Maybe if I’d known sooner what the symptoms of PTSD were and had reassurance that I could work through whatever came up, I could have made more strides forward in the first year rather than drowning in a sea of confusion and pain.

My experience has shown me there is still a taboo around talking about rape and its aftermath. Most people don’t want to have such an uncomfortable conversation. But by not directly confronting these issues, we perpetuate myths and misinformation and continue to misplace blame on survivors. This misplaced blame directly contributed to my suicidal feelings because my truth was dismissed as a lie — or as my fault — so often and so widely.

If you or someone you know is struggling with any of these symptoms after a traumatic event, please know you are not alone and there are a lot of tools available to help you cope. You are not to blame if you are the victim of a crime, and your feelings — whatever they are — are all valid.