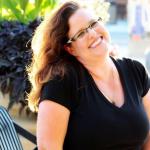 My ex-husband used to tell me I was a sex addict. I had sex five times in 2013 and four times in 2014. I wanted more than that. Sex addict. I took too long to orgasm. I used to really get into the way it felt when he would go down on me, probably because it was so infrequent, and it would take me a good twenty minutes to get to my orgasm. Sex addict. I looked at porn and masturbated a lot in the long, dry stretches of our sex life. Sex addict. I asked for sex. I hinted at sex. I practically begged for sex. I threatened to leave the relationship because of the sex. Sex addict.

I began to go to Sex and Love Addiction (SLA) meetings, followed a 12-Step Program, and called myself a SLAT. I did this for months. I watched these men and women in the group feel ashamed of the sexual appetites that weren’t being satisfied at home. These were not sexual deviants or court ordered attendees. These were just people who either got sent to group by a spouse or who had strayed from their marriages and were using it as therapy. I felt worse about myself, had to stay abstinent, and my relationship wasn’t getting any better.

More: The moment I realized I was polyamorous

At home, I was being told I was a bad person for appreciating my sexuality by a man who had none. He used words like “fat,” “disgusting,” and “gross” to describe me more times than I would like to remember and helped me form horrible self-esteem. Body-shaming is bad enough, but sex-shaming should be a jail-able offense.

That’s when I called bullshit. I asked my then-husband why he never wanted to have sex and he said he wasn’t interested. I then asked him if he masturbated and he said no. He didn’t have the urge or the interest.

I promptly left the program and decided I wasn’t going to be sex-shamed any longer just because my husband didn’t have a sex drive. I decided the only thing I was ashamed of was staying in a relationship where I was hurt and wrongfully accused of being immoral. I had no Scarlet A on my chest. I just wanted an orgasm. I left that marriage and stopped feeling ashamed of who I am: A sexually vibrant woman.

More: Bartending at a strip club gave me way more confidence in bed

Once you find someone who is as sexually voracious as you are, you will never feel shamed again. Sex is normal, fun and can teach you more about yourself than anything else. Let’s stop being sex-shamed and start loving ourselves. Open yourself up and find that key to your best orgasm. My new guy, B, is a sexual key master. He has the key to every one of my orgasmic buttons. He possesses the Konami Code for the clit. I get to be myself, get a little kinky, get a lot excited, and experience both clitoral and g-spot orgasms any time I want them. My ability to squirt has been awakened (yes, it’s a real thing). If I don’t ask for sex, he says, “It’s been a couple days aren’t you due for an orgasm?” So, why am I gushing, so to speak, about this sexual marvel?

If I could teach the women of the world one thing, it’s that you should always be proud of who you are, sexual polymath or not.

More: How to start using sex toys with your partner