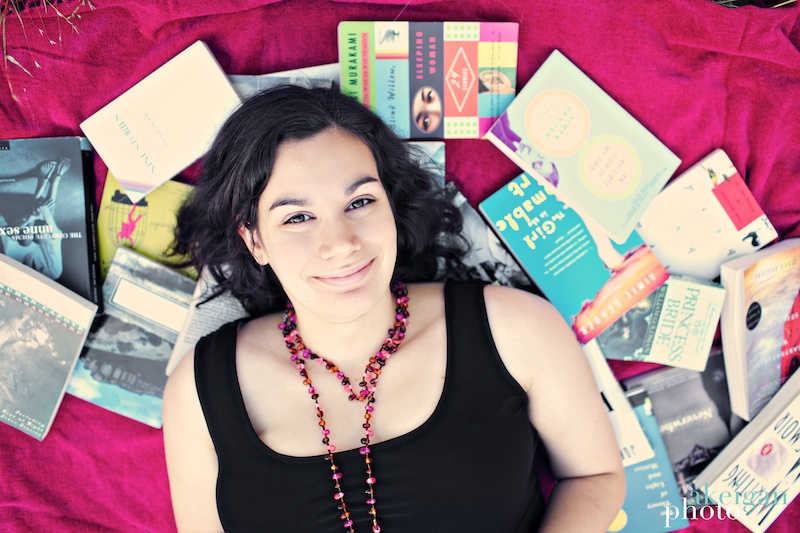 The pain began around the time I started high school. I’d sit in English class, trying to concentrate on analyzing Shakespeare, but couldn’t focus because of a constant aching and fullness in my bladder. Even after I used the bathroom, that sensation remained, varying from a minor discomfort to a sharp, excruciating pain.

It took 15 years to discover that I was suffering from interstitial cystitis, a disorder that impacts up to 12 million people in the U.S. alone, about 66 percent of whom are women — which means 3 to 6 percent of all women in this country suffer from this condition, also known as painful bladder syndrome or bladder pain syndrome.

If you’ve never heard of interstitial cystitis, I’m not surprised. Many urologists (and in my experience, particularly male physicians), continue to dispute its existence, dismissing or misdiagnosing patients with these symptoms.

At first, my primary care physician diagnosed me with frequent urinary tract infections that required antibiotics, but the symptoms continued even after the infections had cleared up.

My first urologist, a man in his 60s, ran a variety of humiliating and painful diagnostic tests before telling me, “You have the bladder of an old man.” It was a cruel and devastating remark to hear as an awkward, self-conscious 15-year-old girl suffering from a strange and frightening pain. I was prescribed medication for overactive bladder syndrome and sent on my way. The medication had no effect on my symptoms.

This cycle of insensitive specialists and vague diagnoses continued for more than a decade. Even when I did my research and brought up the possibility of interstitial cystitis, the doctors either told me it wasn’t a real condition or that it was simply part of my anxiety disorder, and essentially, it was all in my head.

In fact, until 1984, IC was considered a rare psychosomatic disorder in postmenopausal women, according to Vicki Ratner, founder and president emeritus of the Interstitial Cystitis Association of America. Fortunately, IC is now recognized as a condition that affects men and women of all ages and is not a psychiatric disorder, she noted.

I tried to manage my symptoms on my own and through cognitive behavioral therapy, but things only got worse when I developed anxiety around going to the bathroom.

Bathroom-related anxiety took over my life. I make sure to go to the bathroom right before I leave the house. I go again when I arrive at my destination and right before I leave. I worry about car trips, flights, movie theaters, concerts and anywhere there might not be a restroom immediately accessible or where going to the bathroom will disrupt the event or annoy the people I’m with.

I’ve avoided events and canceled plans based on my fear that I won’t be able to get to a restroom when I need to. When I find myself in a situation in which I can’t get to a bathroom, I feel trapped and terrified, and all I can think about is when I’ll be able to go again. This, in turn, brings my focus to my bladder, which only increases my urge to go.

I go to the bathroom every one to two hours, and that includes throughout the night, disrupting my sleep. Yet no matter how often I go, the pain remains, rarely letting up or passing, only eased temporarily through emptying my bladder or taking over-the-counter medications, like Azo.

It wasn’t until May 2016, when I saw my first female urogynecologist, that I was finally correctly diagnosed. There’s chronic inflammation in my bladder that causes the pain, as well as a decreased bladder lining that heightens nerve sensitivity. It’s a real condition with a real diagnosis and FDA-approved treatments.

Although I finally have my diagnosis, my struggle isn’t over. There’s no cure for IC. The treatments available have a lot of side effects, and there’s a great deal of trial and error to figure out which one will help.

There are a couple FDA-approved treatments specifically for the disorder. Many are prescribed allergy medications and antidepressants for off-label treatment of the condition. I received a six-week in-office round of bladder instillations, in which medication was delivered directly into my bladder. I also attended 12 weeks of pelvic floor physical therapy, where I received massage therapy to relax my muscles, learned stretches to ease the tension in my legs and stomach and discovered new techniques for managing my urges and the anxiety that goes along with them.

It’s hard living with this invisible disability, and it’s been difficult for people in my life to understand what it’s like to feel like you have to pee all day long and contend with a chronic pain equal to or worse than a UTI.

It can be awkward to talk about bladder pain since conversations around urinary issues are often considered distasteful. But the more we hide our pain and avoid discussing it, the less awareness there will be around diagnosing and treating it.

It helps me to be around friends and family who are supportive and don’t judge my constant restroom visits. I’ve also found behavioral modifications, stretches, meditation and breathing exercises to help ease and distract from the pain. I’m happy with the progress I’ve made, but I’m looking forward to a day when I don’t have to plan my fun weekend outings based on proximity to public restrooms.

A version of this article was originally published in December 2016.