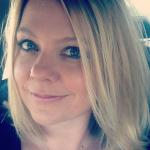 At 24, I didn’t know myself well enough to know that the social anxiety I had, the aversion to small talk, big groups and constant interaction wasn’t a defect. It was my natural propensity toward introversion and was simply who I was.

This would have been nice to have a thorough understanding of, when I met the smooth-talking, charismatic up-and-coming preacher. He had lofty ambitions for big ministry and I, being new to the faith, was sold on his dreams. I’d learned a lot about submission and the roles of women in the Evangelical church, so my goals were neatly packaged in a little box and placed in the back of the closet for the next thirteen years.

More: My ex’s ex knew I deserved better than the relationship I was in

I didn’t know that getting hitched to him would mean being thrust into constant social interaction. I didn’t know it meant pressure to lead women’s groups, teach classes, be hospitable and available at all times. I didn’t know I’d have to pray out loud in front of people and give up all of my free time and time with my children to give to others. I didn’t know that his personality — charismatic, loud, extroverted and controlling — would not only thrust me into situations that overwhelmed me, but I would also have to give up the things that I loved.

There were new rules for me: No music that wasn’t Christian, no books that weren’t about God. TV shows and movies I had previously enjoyed were off the table. I couldn’t write from my heart or experience because the past couldn’t be spoken of. This, as well as becoming the sole breadwinner for the family, so he could be free to “minister,” would be my new lot in life. Support your husband, submit to his views, honor him in all you do. Give up yourself to elevate him. After all, he’d be a famous preacher someday.

If not for that second family he had.

In one breathy phone call on a New Year’s Eve, that life came unraveled. Carrying the little jelly bean in my belly that would eight months later be my daughter, I was contacted by a woman claiming to be enraptured with the man she knew as her boyfriend, the separated preacher who would be adopting her daughter and who had given her her own little jelly bean, due eight months later.

More: I tried to be friends with my abusive ex-husband

I was soothed with his charismatic words: “It’s me, baby. You know better. It has to be someone playing a joke on us”.

But I knew better.

How must he have felt in those moments as I sat slumped on the floor, crying? Questioning myself, What is wrong with me to make him do this? Is it weight gain? Is it that I’ve had no time for myself, being exhausted and wrought with loneliness and stress? Was the constant availability in the bedroom (a mandate, per the Bible) not enough?

As women will do, I pressed on. I kept my mouth shut. “You don’t want to bring down the whole ministry!” became my burden to carry. I stayed, we moved, we started over. We built a church, I smiled, led groups, worked nights, homeschooled my children and did everything to be sure his life was perfect. “Maybe he won’t do it again,” my natural assumption.

He was my polar opposite. For 13 years I felt like a heathen who didn’t serve God well enough. I longed for “sinful” things like good novels, a binge session of Sex and the City, the occasional lunch with a non-church friend. But I was swallowed up in his life.

Until one day, after what turned out to be incident number four, the oppressed, introverted, spiritually and emotionally abused pastor’s wife walked free. I took that little box of ME out of the closet, loaded she and my children into the car and left him in Florida with his mother, bound for my Arizona home and family. When we rounded the corner en route to Phoenix, I was frozen with terror for the future. I was alone.

More: Sleeping separately didn’t end my marriage, it strengthened it

I knew someday my sweet fellow introvert would be out there. I had to hold on to hope that there was someone kind and like-minded in the world with whom I could be myself. There was a man who could sit on the couch and watch Orange is The New Black with me and share Stephen King novels. He’d love my squishy thighs and how I look without makeup. We’d be so alike we’d finish each other’s thoughts.

And here he is next to me.

I learned the most valuable life lesson in those thirteen years: Do not lose yourself.

5 hrs ago
by N. Alysha Lewis