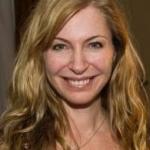 I accidentally crossed paths with my first Dominant online when I was going through a divorce seven years ago. My first thought was to run away fast: He must be some whip-toting freak with a dungeon in his basement. Fast-forward to today and I have three Dominant/submissive (D/s) relationships behind me (though I’ve had vanilla relationships, too), and I can honestly say that each relationship built on the former and has taught me profound things about my body, myself, and even life.

Related story Netflix's 365 Days Shows Explicit & Non-Consensual Sex. How Can You Talk to Your Teens About It?

With so much controversy and misinformation, which I’ve written about before, out there around what D/s is and isn’t, I want to offer up a glimpse into the REAL world of D/s. Here are the answers to the most popular questions I’ve been asked.

What do you enjoy most about D/s?

What appeals to me the most is the intense cerebral connection — the mind play and the feelings it conjures in me, sometimes all day long (the brain is, after all, the biggest sex organ). The words, the orders, the reprimands, the tone and the downright audacity for him to say it all: Never would I allow anyone else to speak to me in this way, or, over all, to have such deep access into my mind, body and heart.

And I hear myself responding in ways that similarly shock me — from mouthy and totally improper to meek and pleasing or with no air in my lungs at all. All the while I feel with my mind, heart and full body, the anticipation, the fear, the exposure, my power, his control and protection, desire and love. Through the D/s dynamic, I not only feel more alive and aware of my sexuality/sensuality, I learn and own more of myself.

I’ve heard of “punishment and discipline” being used in D/s relationships: What does that look like?

I can only explain this from my perspective, so I’ll have to back up a bit:

I have many different aspects to my personality. For the most part, I’m pretty straight-laced: responsible, hard-working, kind, thoughtful, capable, organized, (boring). Maybe it’s my upper middle-class, good girl upbringing at work, I don’t know.

But some parts of me itch to go outside the lines, and those parts are bitchy, aggressive, sly, daring, bold, manipulative, and even, I’d say, immature. This is where “Delaine The Brat” comes out in the D/s relationship — and boy does she love to push.

Poking at my Dom, testing him, trying to break his rules and, in some ways, undermine his masculinity, brings me great pleasure. I’d almost describe it as glee. If he catches it — and I always kind of hope he will— I need to know he will ‘put in my place’ through some kind of “punishment/discipline” that we both somehow, on some level, enjoy. If he doesn’t rise to the challenge, it’s actually a turn-off to me.

As for me, the best way to make me behave is to ignore me.

But why, as a grown woman, would you possibly want to behave so childishly?

It’s not all the time, it’s just sometimes. And I don’t know the exact answer. Why do you sometimes crave tomatoes on rye bread while I feel like grilled cheese on white? Why does it even matter if we both enjoy a good meal and are both satisfied and unharmed in the end?

All I know is that some part of me is attracted to strong, decisive, creative, powerful men who also possess the Dom ‘skill set’ (a topic for another article). And when I’m around that energy and reminded of it, I like how it makes me feel as a woman and sexual being. It’s not that I think I’m not all of those things too, but something inside of me is appeased and awakened when I feel that in the company of my partner.

Why didn’t you explore D/s before you got divorced?

Looking back, all I can say is that the mundaneness of raising three kids within a stable, predictable, domestic life and marriage squashed my interest in sex beyond the requisites. Only when I became single again at age 37 did I realize how much my sexual desire rouses when my mind and imagination are consistently engaged and challenged. A D/s relationship offers me that.

What do you want women to know most about D/s?

Secondly, when you love your partner, D/s becomes like this private, special journey that enables you to explore yourself and each other in intimate, breathtaking, never-ending ways. Sex is more like an extension of that journey, a vehicle if you will, that allows you to excavate, ask, dare, receive, give and explore things about yourself, and slightly beyond yourself, that you never knew existed. The power and intensity and connection to one another almost feels cosmic. It’s like you’re attached to one another, like muscle on bone.

Do you have psychological issues?

Smile. No more than the average person.

In the real world I am a professional, a mom, capable, creative and self-reliant. But as a woman, D/s speaks to some deep and intimate part of my soul. I long to be mastered and taken and led by one amazing man I love.

But not just any many can call himself a Dom and own me. There is a ferocious tiger that guards the gates to that sacred part of me.

I encourage other women to do the same.

Is D/s all about whips, chains, blood and pain?

No. Please do not confuse D/s with S&M, which is sadomasochism. S&M is the dynamic where one person (the sadist) enjoys inflicting pain, often sexually, on someone who enjoys receiving it (the masochist). That being said, some people may incorporate some level of S&M into their D/s dynamic — but more often than not, it’s mild to moderate and takes the form of spanking, which, let’s be honest, many “vanilla” couples have tried in the throes of passion.

Is D/s largely about kinky sex then?

D/s is first and foremost an energy dynamic that flows between two people. One person, the Dom, takes on more the role of leader, guide, enforcer, protector and/or daddy, while the other person, the sub, assumes more the role of pleaser, brat, tester, baby girl, and/or servant. Many couples limit the D/s dynamic to sexual role play in the bedroom. But D/s can be expanded and applied in exciting and creative ways beyond it.

Does the Dom have all the power while the sub is pretty much a doormat?

No. This is one of the biggest myths about D/s. A true D/s relationship is based upon the needs, wants, desires and curiosities of the sub — she defines the flow and boundaries of the relationship. The Dom’s job is to listen closely to her, ask questions, intuit what she says and sometimes can’t, and help her creatively and safely explore her innermost self, mentally, emotionally and yes, sexually, too. Sometimes her boundaries get gently pressed, too.

This is why the four pillars of a D/s relationship are trust, communication, respect and honesty. And if one pillar is missing or one starts crumbling, the relationship becomes stunted and may even collapse.

Read more from Delaine at DelaineMoore.com.

Before you go, check out our favorite sex handcuffs for all kinds of couples: