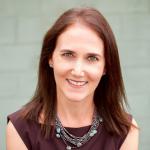 Have you ever noted your hearing loss for an airline and had them show up with a wheelchair? Or requested a transcript of an audio guide at a museum and gotten something in braille? When I hear stories like this, I always shake my head in amazement at how uninformed people are about hearing loss and wonder what we, the hearing loss community, can do to better educate them.

More: It took me years to let go of the shame of my depression

But what about when this type of behavior comes from someone who should know better — someone who has an immediate family member with profound hearing loss. It is harder to know how to respond.

Recently I attended an open captioned performance event for people with hearing loss. At intermission, I was gushing about the captions to my husband and the gentleman seated behind me must have overheard. “Why are you so enamored of the captions?” he asked. I was excited to have the opportunity to sing their praises and help build awareness about hearing loss. I told him that I have a hearing loss and that the captions help me catch the dialogue I might otherwise have missed. They really help me enjoy attending the theater.

“But, you don’t look deaf,” he said to me. “Do you even wear hearing aids?” “I do,” I replied, “two.” Then I turned away to talk with some other folks I knew at the show. Later, the man engaged me again. He wanted to know if I was here with these other people. They didn’t look deaf either. And we certainly all spoke too clearly to have significant hearing problems.

I was starting to get annoyed. Didn’t he understand that someone can’t look deaf? People with hearing issues are young and old, of every race, religion and creed. We don’t look a certain way. We just can’t hear. Despite my irritation, I decided to keep talking with him to help break down the misperceptions people have about people with hearing loss.

More: I thought my cerebral palsy was a disability, but it was actually a super power

Eventually he came clean. It turned out that this man had first hand experience with hearing loss. His brother was born deaf and had faced significant stigmas while growing up. He had a tough time in school both academically and socially and it made his life very difficult. Only recently had things improved for his brother when he received a cochlear implant at age 65.

I started to have more sympathy for this man. Maybe he was just angry at the people who had mistreated his brother growing up or perhaps he was jealous of those of us with hearing loss who were happily enjoying a night at the theater, something his brother probably never got to do.

That interaction left me with gratitude for how much things have improved for people with hearing loss over the past 25 years, but it was also a sign of how much work remains to be done.

This post first appeared on Living With Hearing Loss.

More: 10 tips that have helped me as a chronic migraine sufferer

20 hrs ago
by Gina Vaynshteyn