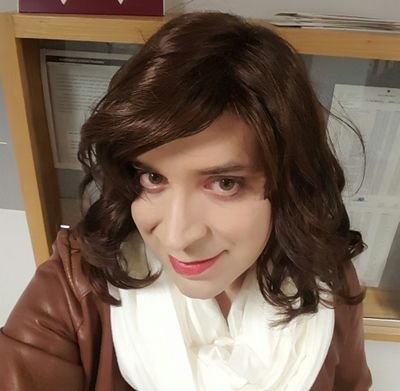 The first thing that happens to us when we are born is we are gendered. When we come out later and declare everyone wrong about that first gender statement, we’re cast aside. Mentally ill, they call us, freaks, delusional. So many people in society pour so much meaning into the hunks of flesh between our legs, and for trans women, we face a whole new problem: chasers.

Chasers are men who objectify and fetishize trans women for their own sexual fantasies. I’ve existed online in some form or another as a trans woman since I was 14 years old and chasers have been an undying constant for that entire time. Chasers will never truly see me as a woman because their obsession lies between my legs. There’s a usual pattern: man messages me, says hello, then very breathlessly and desperately asks me if I’ve had “the surgery”. I know which answer he’s praying I give. If I’ve had “the surgery”, I’m completely worthless to him. My penis is my entire value to him. Without it, I’m of no interest.

Most chasers don’t see me as a woman; they see me as a failed beta male to be conquered. It’s a dominance thing for them. By asserting themselves over me sexually, they play out a sick power fantasy. It’s a reaffirmation of their own masculinity with the plausible deniability of “it’s not that gay.” Mostly, these are straight men. They are attracted to my hips and my breasts and my feminine face and long hair, but it’s my penis that sets me apart. My penis makes me exotic and different and maybe a little risqué.

I’ve been told on more than one occasion that I should be thankful for the attention, that I should “take what I can get” sexually. Look, I know the score here. I’ve seen the headlines when a famous singer or athlete “gets caught” with a trans woman. We’re ladies of the night. We’re the ones who get the booty calls but never the dinner dates. We never get taken home to Mom and Dad, no matter how pretty we are or how young we transitioned. That doesn’t mean we should be thankful for the attention we do get.

The problem for me is that I hate my penis. It’s the thing that keeps me from being seen as the woman I know myself to be. In many respects, my penis has ruined my life. It’s unsightly and makes it impossible to wear certain clothes. Society is just plain not ready to accept that women can have penises too. But I hate my penis too much to just accept any lover who’s obsessed with it.

For me, I’d rather find a man who is attracted to something else — my intellect or my writing ability even. I much prefer someone who isn’t sure about my trans status and has questions about how we could fit together sexually than a man who tells me having a penis is “ fucking hot.” It’s a lonely life being transgender, but I don’t have to “take what I can get.”