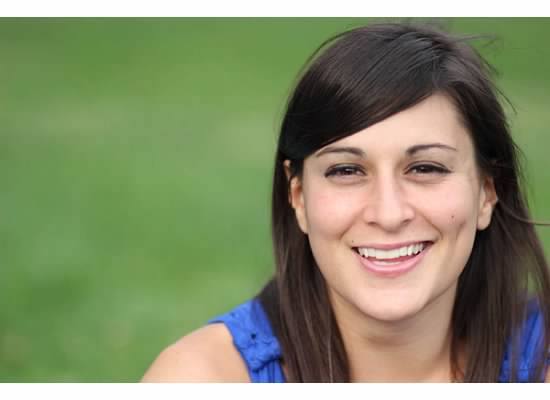 “I have a bunch of weapons if you want to use them,” Ryan said, reaching inside the black drawstring bag.

He pulled out a hairbrush. “Weaponry” in the world of tickling meant things like hairbrushes, feathers and oils.

Ryan had a tickling fetish and I was about to scratch it.

I met Ryan on OkCupid. He was a comedian, funny and witty in a non-asshole sort of way.

We went on a few dates before ultimately realizing we weren’t compatible for the long-term. I enjoyed his company and appreciated his sense of humor, but I didn’t want to rip his clothes off and kiss him in dark alleys. We decided to remain friends, so I wasn’t surprised when he asked me to join him for dinner a few months later to catch up.

Intrigued, I met Ryan at a Middle Eastern restaurant. While shoving falafel in my mouth, he started to tell me about his love for tickling. “I realized pretty early on that I loved it more than normal people. I remember being in my house on Halloween and looking around to make sure no one would catch me. I typed ‘tickling’ into the Google search engine. That could have been an innocent thing to search for, but I knew, for me, it wasn’t.”

I had no idea this was even a thing. I had questions.

“Is there a community?”

“Yep. There are a ton of people who have a tickling fetish. I meet most of my tickle partners in online forums.”

“There are Lees and Lers. As in Ticklees and Ticklers. If you like to be tickled, you’re a Lee, which means you need to find a Ler.”

“What do you do with these partners? I mean, is it sexual?”

“It doesn’t have to be. Sometimes we meet up in hotels and we just tickle each other.”

“Why the hotels then?”

“Would you want your roommates to walk in on you nonstop laughing for 30 minutes?”

“Sometimes I pay someone to tickle me. Not often though; it’s pretty expensive.” He was unapologetic, didn’t miss a beat. It was like he was telling me about his weekend plans.

“Fascinating,” I said with wholehearted sincerity.

“If you ever want to try it, we could have a tickling session.”

Despite the intrigue, I didn’t want to try it. Ryan and I had been on dates. It would be weird to indulge him in his fetish. We were platonic friends and I wanted to keep it that way. Also, the idea of being tickled senseless sounded torturous.

Ryan and I finished our meals and didn’t discuss tickling for another six months… until I changed my mind about his offer.

I don’t know why I changed my mind. Maybe I thought It was a good story. Maybe my friendship with Ryan had evolved to a point of mutual respect and trust. Maybe I just figured, “Ah, why the hell not.”

I texted Ryan, and three days later he was standing in my room pulling out his weaponry.

“How does this work?” I asked, referring to our tickling session in general.

“You want to start by figuring out the best tickle points. The feet, the knees, the stomach, the armpits, the inner thighs and the collarbone. Start by using your fingers and then move to weaponry.”

Ryan was going to be tickled first. He stripped down to his boxers. I was taken aback: I expected this to be a fully-clothed activity. I started thinking about Luke, a boy I had been on a couple of dates with recently. Would he be upset if he knew there was a half-naked man getting tickled in my bed?

At Ryan’s request, I blindfolded and also handcuffed him to prevent any involuntary elbowing if the tickling got too intense.

I started at his feet and gently ran my fingers across the soles. Ryan started squirming, his face lighting up with pure joy. I moved to his knees. No response. I inched towards his belly. I spider-fingered my hand across his stomach. My movement was met with an outburst of squealing laughter.

I grabbed a toothbrush and started gently massaging his armpits and collarbone. With every movement of the brush, Ryan’s body squirmed with pleasure. He twisted and turned, responding to the stroking. I started laughing too. In part because I couldn’t believe there was a man in my bed and I was tickling him. It was so ridiculous. Absurd. But I was also laughing because it was fun. It was joyful to watch another human being chortle nonstop. Laughter is infectious.

Within three minutes, we were both roaring loudly.

Then it was my turn.

“Do you want the blindfold?”

I didn’t. I like to be in control, both in and out of the bedroom. I wasn’t good at relinquishing that. Being handcuffed was already a huge push for me.

I lay down on my bed, nervous. I hadn’t been tickled in years.

Ryan started at my feet. No reaction. They were too calloused from years of running to be sensitive. He moved from my knees to my belly. Nothing.

I was disappointed. Perhaps I just wasn’t ticklish anymore. Maybe it was something I had grown out of.He snaked his way up to my armpit. An outburst of giggles escaped from my mouth. Jackpot.

He continued to tickle my armpits while I laughed recklessly. He stopped for a minute to give me a break and moved to my collarbone. Every time I laughed, he laughed.

I was surprised by how much I was enjoying myself. I thought it was going to be annoying. But he was masterful at the pacing, bringing me right to the edge of painful laughter, managing to always keep it enjoyable. I’ll be honest: It felt great. It felt wonderful to laugh.

For me, it was lighthearted and jolly without being sexual. Perhaps because I was only interested in Ryan as a friend. My mind wandered back to Luke. It was too soon to even mention sex or tickling, but I wondered if it would be something interesting to explore. I could see how tickling could be a really fun way to lead into super playful sex. I made a mental note to try it someday.

Ryan finished tickling me and we both stood in my room, exhausted from laughing for the last hour.

“Thanks for sharing that experience with me,” I said, smiling at him.

“No, thank you!” he said. “It’s so infrequent that I find someone willing to tickle with me.”

I could tell that it was important to him. Like most fetishes, it was a part of his identity.

“Do you mind if I write an article about all this?”

“Not at all! Just change my name. None of my friends know, and they’ll think it’s weird.”

It was a common theme I had heard from everyone I had encountered with a fetish. There was an unusual amount of shame. It’s interesting to think that there’s shame around something like laughter. I think it goes back to how we stigmatize sex in general.

I thanked Ryan again and sat down to start writing.

Three weeks later, I texted Luke, “How do you feel about tickling…”

26 mins ago
by Katherine Speller

44 mins ago
by Katherine Speller

5 hrs ago
by Monica Beyer