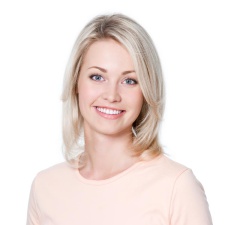 The brain is one of the most powerful organs known to man. Our consciousness, how we think and what we do are all actions that the brain is responsible for. While the brain has so many amazing functions, it weighs less than 1.3 kilograms and contains 100,000 miles of blood vessels. Unfortunately, without proper care, the brain can also be damaged and lose some of its power. OHSU Brain Institute reports that more than 5 million individuals in the United States have been diagnosed with Alzheimer’s disease. They also report that more than 40 million individuals are suffering from anxiety disorders and more than 6 million children, aged 4 to 17, are suffering from ADHD. These are also vital facts about the brain, but the question now is how do we keep our brain healthy?

1. Do aerobic exercise to combat stress

The University of Nebraska Medical Center reported a study that observed that numerous types of aerobic exercises have been found to improve the blood circulation to the brain, which helps manage stress. The effect seems to be a reduction in anxiety and depression. They also report mood improvements after a period of aerobic exercise.

Chess is known as a mind game. It is also known as a smart game. In reality, chess really builds your brain and provides several health benefits for your brain. Scientists who are researching methods on how to improve memory have also included chess in the majority of their studies. The official worldwide community for chess players, chess.com, reports that chess can actually improve the problem-solving skills and thinking abilities of children as well as rehabilitate patients, assist with the treatment of schizophrenia and might be able to stave off Alzheimer’s disease.

3. Always have a plan

Another study suggests that having something to look forward to is healthy for our brain. Planning results increases levels of dopamine in the brain, even when the entire plan is not put into action. So when you know about something that is coming up — a trip to the lake or maybe even a birthday party — get out a pen and paper and start planning.

4. Teach yourself a new language

If you’re reading this article, then you already understand English. But many Americans are only monolingual — speaking only English. A study that was published in Neurology journal reports that people who can speak multiple languages are at a lower risk of developing dementia. It is also reported that learning a new language can enhance your focus and improve your native language skills.

5. Socialize with your friends

A study conducted at the Department of Research and Evaluation in California provided evidence that socializing can help elder women avoid or delay the development of dementia. Socializing with friends, family and colleagues usually lead to laughter, which releases dopamine in the brain. Dopamine is important to maintain a healthy brain.

The brain is a complex organ that fascinates researchers. By doing simple exercises, you can ensure your brain’s health is always at an optimum level.