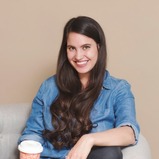 By now, we all have heard the term “gaslighting” thrown around all of the time, but what does it mean, really?  As a verb, “to gaslight” means to “manipulate (someone) by psychological means into questioning their own sanity” — but the reality of gaslighting is far more complicated. In fact, you could actually be the toxic gaslighter in your relationship without even knowing it.As far as I know, every relationship has moments that make you wish you could take back words. But outside of these glaring moments of regret, it’s possible you cause your partner emotional harm with things you say by getting close to gaslighting.

Consider this: How often do you use the phrase “that’s crazy” in reference to something your partner did or plans to do? Regardless of whether you meant to, this invalidates your partner’s feelings and gives you the upper hand. When done maliciously and purposefully, this is called gaslighting, a behavior defined by The National Domestic Violence Hotline as, “An extremely effective form of emotional abuse that causes a victim to question their own feelings, instincts, and sanity, which gives the abusive partner a lot of power.”
The term for this type of psychological manipulation is derived from the 1938 play Gas Light, in which the husband tried to convince the wife she was insane by subtly changing her environment and insisting she was delusional. Donna Anderson, author of Red Flags of Love Fraud: 10 Signs You’re Dating a Sociopath, says true forms of gaslighting such as that are never accidental.
“Gaslighting occurs when people try to get their partners to doubt their own perceptions,” she explains. “A typical tactic is hiding the partner’s keys, saying nothing while the partner frantically looks for them, replacing the keys exactly where the partner left them, and then claiming that the partner is losing his or her mind.”
However, it is possible you are headed down the dangerous path that could lead to gaslighting without yet being that extreme. Here are eight signs you may be on the verge of gaslighting.

You end conversations with insults

It’s one thing to want to move on from a conversation. It’s another to systematically insult your partner when you do it, says Ramani Durvasula, Ph.D., author of Should I Stay or Should I Go: Surviving a Relationship With a Narcissist. Durvasula says common problem phrases include, “I’m not listening to that crazy talk anymore” or “You’re too sensitive.”

You turn your partner’s problems into criticisms of them

Another behavior from you that may wear down your partner’s self-esteem is if you blame them for everything — even when the situation is beyond their control. For example, Durvasula says it’s problematic if your partner expresses concern about money, only for you to say something along the lines of, “Stop complaining.”
This may be related to a common personality trait of gaslighters: narcissism. “They are made of psychological Teflon and everything slips off of them,” Durvasula says. “So they aren’t able to have compassionate conversations about difficult manners.”

You make them doubt their reality

The title of the Gas Light play is derived from scenes in which the abusive husband searched the apartment above their home for lost jewels every night — which would cause the gas lights in their own home to dim. But, when the wife noted that, the husband would tell her she was just imagining it.Even when the case isn’t that extreme, Durvasula says it’s emotionally harmful to regularly doubt your partner’s reality by saying things such as, “It didn’t happen that way.” Instead, accept there are two sides to every story.

You stay in relationships until something better comes along

Another sign that you may be at fault is if you’re looking for a relationship with someone better. Nikki Martinez, doctor of psychology and licensed counselor, explains people prone to gaslighting believe they deserve more and constantly note when a current partner falls short of hopes. She says these people “like the person they are with enough for now, but do not see this as a long-term partner or permanent partner for themselves.”

You refuse to accept responsibility

Many behaviors related to gaslighting come from a need to be right about everything, explained Tina B. Tessina, Ph.D., psychotherapist and author of How to be Happy Partners: Working it out Together. Think about any times you continued an argument even after you knew your partner had the truly valid point just because you didn’t want to “lose.”

Your partner goes to great lengths to explain

In the early stages of the road to gaslighting, your partner may try to make you see his or her side. Durvasula says this often arises through “relationship emails.” She says the partner of a potential gaslighter may resort to long emails or texts if they think that’s the only way they can make a point without getting shut down.

Your partner puts up a wall

As the relationship or gaslighting behavior progresses, your partner may refuse to talk about problems if they don’t think there is any point. Tessina says other behaviors the partner of a gaslighter may exhibit include becoming anxious, depressed or angry.

You may think of it as a protective mechanism, but Tessina said most forms of lying are actually gaslighting. For instance, if your partner comments on your new shirt, but you don’t want to admit you spent money on it, you might claim it is actually old… That’s a mind game. Other examples include saying you’re working when you’re doing something else, encouraging your children not to tell your partner something or hiding some type of betrayal.

The good news is that any of these behaviors are possible to correct with awareness and help. Durvasula recommends individual therapy to teach you how to take responsibility and couples therapy to help you improve communication techniques. With this kind of guidance and personal mindfulness, it is possible to turn out the lights on gaslighting.

A version of this story was originally published August 2016.