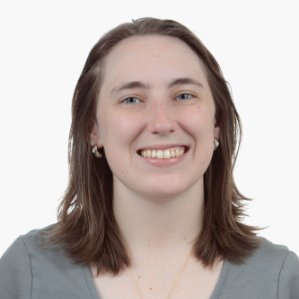 There’s an idea in our society that’s cropped up in the last few decades about us rascally youths. We aren’t trying hard enough to work out our differences or solve our problems. And they aren’t totally wrong. But they aren’t totally right either. When I decided to leave my husband after four months of marriage, I wasn’t willing to try to put it back together. I shut it down in the blink of an eye with what probably appeared to be little thought. One minute, I was there and wanted to see how we could make things better. The next, I felt like I couldn’t get away fast enough.

We spent four years together and in that time we built a life and dreamed big. We wanted to travel, to move to another state, to start a business. We dealt with most of the “worse” in wedding vows — poorness, sickness and death — before we were ever engaged. He could be attentive, affectionate and sweet. He could also be obstinate, difficult and passive-aggressive. He usually told the truth, but was rarely really honest. When I asked him something, he struggled to lie. But he wasn’t forthcoming — a rather critical element of honesty. Good communication isn’t one person asking the right questions at the right times.

But that’s how it always worked. I’d ask a question and get an answer that didn’t quite make sense. So I’d ask another question. And another. When he couldn’t back out, he’d give in and start telling me pieces of the truth. When we first struggled with finances and made a budget, I found out he hadn’t been sticking to it in a major way by asking questions. I’d grown accustomed to seeing his anger and having to pry the reason out of him. It wasn’t perfect, I thought, but it works.

He started acting very strangely last spring. He would fall asleep frequently, nodding off on the couch within a few hours of getting home. He was noticeably more forgetful. Things I knew I had told him, he insisted I hadn’t. We would make plans but he would sleep through more and more of the weekend. When he was awake, he was tired or ailing or had another reason to avoid leaving the house. Events and dates kept getting skipped. I hoped things would improve after we were married. Instead, an already narrow space I’d been allowed to occupy got smaller. He wouldn’t tell me not to go places — that would have been painfully obvious — but he would give me a short window to stay out and sulk when I came back. I finally confronted him in the spring. We talked about fixing things, seeing a counselor. But then I started asking questions. And the truth about his behavior came out — he had been abusing his anxiety medication for over a year.

Shock shot through my body, followed by anger, confusion, pain and sadness. My brain was overwhelmed with thoughts, all of them screaming. I could barely speak. I couldn’t prioritize one word over another. I stayed at a friend’s house that night. Lying on her couch, my gut twisted, I became increasingly convinced I had made a huge mistake. I went back home the next night, but I couldn’t stand it. My heart hurt when I was around him. I tried to weigh the other options but after that feeling set in, I knew it was over.

Maybe if he had told me the truth without me having to push so hard. Maybe if he hadn’t deceived me for so long before. Maybe if it hadn’t gotten so bad before that. Maybe if I’d had any of those things, it would have been easier to try. Maybe.

I’ve already been told I didn’t try hard enough, that I should have stayed. But I was always trying. I tried to make plans. I tried to put him to bed when he could barely stand. I tried to encourage his passions. It wasn’t enough.

Getting divorced is hard. Being alone is very hard. I’m used to living with someone, roommates or significant others. After waking up next to someone, coming home to someone, and making plans with someone for years, it’s terrifying to be alone. But there’s no road back to my old life. And I’m not sure I’d want it if I could have it.

Before you go, check out our bucket list of 69 OMG-worthy sex positions:

5 hrs ago
by Amanda LaFleur

7 hrs ago
by Laura Williams