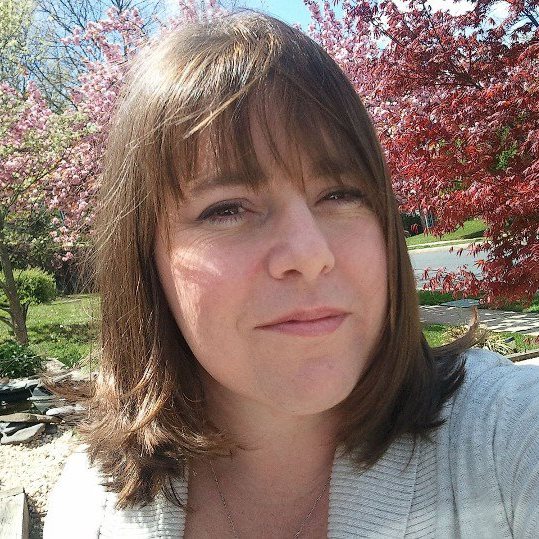 Fifteen years ago, I began my journey with Lyme disease, an illness that would bring both daily pain and frustrating fear. I’ve watched doctors shake their heads and try to comfort me as they tell me that they just don’t know how to help. I’d lost hope, until I moved across the country to treat my Lyme disease with medical marijuana.

I had just given birth to my daughter, my third child. I was exhausted all the time, even though my husband cared for my daughter every night so I could sleep. I walked around in a fog, forgetting where I was coming from and where I was going. I sometimes even forgot the name we’d given to our baby girl, and I’d stand over her crib begging my brain to help me remember her name. I couldn’t even regulate my body temperature — I’d be freezing in the heat of Maryland summer.

I developed tremors throughout my body, small twitches that last from seconds to minutes. My OB-GYN suggested we do more testing after a year went by and I was still struggling. Doctor after doctor took turns poking, scanning and guessing what could be wrong with me. Guesses ranged from Parkinson’s disease to multiple sclerosis. Each time there was a guess, new medications were introduced and new side effects were battled. It was hard to tell what was a new symptom and what was a side effect. Pain and depression. Nausea and anxiety. My hair fell out and my hands trembled. I was so weak that holding my children was too much.

Then randomly, I was tested for Lyme disease, a disease caused by a simple tick bite. I grew up in the south. I was bitten regularly as a kid. When the results came back, three separate tests and three clear answers, I was thrilled to find out that Lyme disease was the answer, and that meant there had to be a cure, right?

I began 30 days of high doses of antibiotics that left my body depleted of all healthy bacteria. My gut was severely damaged, and I felt worse than ever. My doctors claimed a victory, and I was sent home to allow my body to repair. It didn’t.

For the next 13 years, my team of doctors tried every drug, every suggested route to help me recover. I learned to live in pain, deal with joints that didn’t move smoothly and I planned my funeral.

Then my doctor came to me and suggested medical marijuana. He gave me some information to read about how studies were seeing results through the use of marijuana. He thought it might help. Even though I’d willingly taken every chemical drug he’d given me without judgement or reason, the idea of smoking weed seemed wildly absurd, and I refused.

My husband and family, however, didn’t give up on the idea, and a year later, they presented me with more proof that marijuana could at lease ease my pain without the heavy side effects and lingering damage to my liver and kidneys. So two years ago, my family and I moved across the country from Maryland to Washington in hopes that regular medical marijuana could give me a better quality of life, and it has.

When I first walked into the dispensary after getting my “green card,” I was nervous and even a bit embarrassed. I thought it might be dark or decorated with reggae posters, but there were no long, flowing skirts or hippies quoting spiritual leaders. Instead, it was a simple, well-lit store with several showcase counters and a few products along the shelves. The guys were sweet as I voiced my fears: “Please don’t let me get high and balk like a chicken.”

Then they suggested the lowest dose of CBD, something that would take the pain away, help with tremors and wouldn’t leave me feeling high. I could take it at bedtime to try and I’d sleep it off if I didn’t like it.

That night I slept better than I had in years, and every night since then has been the same. For the first time, I knew how to feel better. From there I had to experiment. I needed to learn what strain I needed and how much. For the first time in a long time, I felt in control and empowered in my body.

The results have been phenomenal. My blood pressure, my weight, my anxiety about having an awful disease — all of it has settled down. Now I am free to enjoy life again. This Mother’s Day, I completed my first 5K. I no longer take pain pills and I no longer need the anti-anxiety meds or any of the other drugs used to control my symptoms. I take a thyroid pill because it is likely that through the progression of my disease and the heavy drugs that I was given, my thyroid suffered. I have been able to control my tremors, my pain and my inflammation and even grew my hair back.

No, I don’t smoke weed. I take a daily CBD capsule, a cannabis oil rub and a tincture every morning of a low dose of THC and CBD oil. I do still have moments of pain and days that are worse than others. That’s the nature of my disease. But now I have ways of coping with that pain that don’t destroy my organs and leave me too weak to enjoy my family.

Since accepting that marijuana actually helps me to live a better quality of life, I’ve also given up accepting the stigma that comes along with marijuana. I was surprised to find how many people I knew that used marijuana. From the delightful grandma that comes to my dispensary to the businessmen that I’ve spoken with about it, many people are turning to marijuana and loving it as adults. I know that it gave me hope and the energy to fight for my future.

I have become a successful writer, a happier wife and mother, and a stronger woman. I’ve learned to chase my dreams instead of being weighed down by a disease that for many leaves them bedridden and waiting to die. And I owe that to accepting alternative medical treatments when mainstream medicine let me down.

I had to move across the country to get it, but medical marijuana gave me my life back, and it gave my family back the mother they deserved.