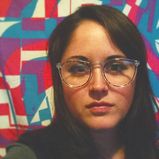 I obsessed over our wedding the first year we started dating. I made an annoying Pinterest board chock-full of Mason jars and twine-wrapped bouquets. I made appointments to see potential venues and researched the best DJs and caterers. There was only one problem.

Tom hadn’t even proposed to me yet.

Five years later, we were living together but still not engaged. I had gotten over the fact that we’d never have the grand production that is a New York City wedding. I came to terms with the idea that we still loved each other, and a wedding wouldn’t prove anything more than that sentiment, which in the end we realized was more of a personal choice, rather than an obligation anyway.

So I resigned myself to the idea that we’d just be like one of those French couples, living in a civil union for 14 years, not a care in the world.

We both graduated during the recession, which influenced our financial status significantly. I had a lot of student loans to pay off. Tom barely had any savings at all. We were able to get by with the money we made, but saving for a house, a retirement fund or even thinking about raising a family, felt overwhelming.

More: You have permission to skip sex on your wedding night

Then I remembered something my mom told me once when I suggested we’d have a destination wedding. The idea was that we’d get married to appease some people, but we’d do it very informally. So we’d travel to Ireland and get married on a cliff with some of our closest friends and family. Or we’d have a backyard barbecue with 25 people. Something easy, something different and something fun.

“That’s sweet and all,” she said. “But you know you don’t get any gifts when that happens, right?”

It hit a nerve.

Weddings in New York City are productions. While it’s customary to give a physical gift at a wedding in any other state — a blender, some throw pillows, a nice crystal bowl — in NYC, cash is king.

I’d never think less of someone for providing us with a practical gift, but when the average wedding in New York City costs over $80,000, New Yorkers know every newlywed would rather see a pile of envelopes on the gift table than a pile of beautifully wrapped gifts.

The reality is, you can make a lot of money from getting married. And when I say a lot, I mean a lot. Especially if you hack it, like we did.

Tom and I have a large family on both sides. Almost 100 of the guests were immediate and extended family members. We invited some other friends too, and a handful of people our parents knew as well.

More: My first love is a groomsman in my wedding because life is funny like that

Through my research, I was able to find a venue that could both accommodate our large party but also didn’t look cheap. I found a caterer who made awesome food and who didn’t inflate his prices based on weddings (as so many NYC caterers do). I found a photographer who provided a reasonable rate and a DJ whose main goal was not to exploit married couples but to genuinely see them have a great time.

We didn’t have flowers that would have cost us $120 a centerpiece. I didn’t buy an expensive dress or take a limousine. We didn’t even have cake, which even if I had baked it myself, would have cost $5 a slice for a cake cutting fee.

We were lucky to have some funds previously set aside from both of our parents, but we also cut a lot of the normal wedding things out and kept only the parts that mattered to us. This way, we could have an awesome wedding without breaking the bank. And if we were lucky, we thought, we’d have some extra cash left over to put into a savings account.

Honestly, we had no expectations regarding how much cash we’d receive from the 135 people who attended. Seeing everyone have a good time, hearing how much they enjoyed the food and watching everyone dance made us so happy. We threw the party of the year, and that’s all we really wanted. Even if we went home with nothing, knowing how much fun we had is what we remember most about that day.

But after tallying up all the cards and gifts and other things, we were blown away by their generosity. We had not only broken even — we had made enough that, combined with our current savings, we could put a down payment on a house that year.

There were definitely people who did not bring a gift to our wedding; I’d never hold that against them. I know people say it’s the thought that counts, and I truly believe that. And I’d never advocate marrying someone just for the cash, but I will say that we’re now able to start a life together that we thought we’d have to struggle to achieve before.

Getting married is special for many people, and weddings are a lot of fun. But it means different things to different people. Would our relationship have been any better or worse had we just stayed together, ceremony be damned?

I don’t know. But at least we’re a few thousand dollars richer than we were before.