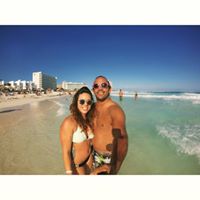 I’ve always had a complicated history with relationships. Even starting back at the age of 16, I just couldn’t let a relationship go if I wasn’t done with it. Men served a purpose for me. I liked their attention, their love and their companionship — but as soon as they started telling me what to do or criticizing me, I wanted no part of it. Eventually, I started doing this thing where I strung men along but didn’t commit because I just couldn’t be bothered, and I didn’t have the self-confidence to understand why they wanted to be with me anyway. Add in the alcohol and it was a disaster waiting to happen.

My dangerous drinking patterns had developed long before any of my toxic romantic relationships — and sometimes alongside them. In college, my boyfriend and I had countless alcohol-fueled screaming matches and we broke up and got back together more times than I can count. I remember seeing a psychologist on campus to talk about these issues and the drinking would always be asked about as a factor, but I quickly shut it down. No, alcohol couldn’t have anything to do with the fact that I was involved in such a destructive relationship.

Once I left college, I set off for the exotic destination of Cancún, Mexico to “work” for a spring break trip company. Once I settled in, I realized Cancún was the perfect place for me. Drinking and partying were everyone’s main goals, and I fit right in. I had never once in my life considered that I might have a drinking problem. I had always enjoyed drinking, going out and clubbing, and alcohol was involved in every social interaction I took part in. Cancún was no different. My drinking and drugging increased and so did my blackouts. Anything bad that has ever happened to me was a result of alcohol: losing purses, credit cards, money, waking up in strange places with strange men and even breaking my arm and later my nose. I was deep in denial about my addiction and Cancún helped me stay there.

My first serious boyfriend while living there worked in the nightclubs and could get me in anywhere for free — now that was an attractive quality in a man. We ended up living together and dating for about two years. Since drinking was one of our favorite pastimes, it didn’t take long for him to get tired of how I drank. He constantly had to take care of me while I was blacked out, pick up the pieces and nurse me back to health when I had a nasty hangover. We often had arguments about my drinking. I’ll never forget this line he said to me, “Kelly, if the things that happen to you happened to me while drinking, I would never drink again.” At the time it stung like salt in a deep wound. I was immediately offended and deflected any crumb of truth from that statement. Eventually, this and other factors led to the demise of our relationship.

Heartbroken, I ventured out into the nightclubs of Cancún with a “f*ck it” attitude and that’s when my addiction really took off. Cocaine binges became regular and blackouts continued. I surrounded myself with friends who drank and used the same way. I met a DJ and months later he became my boyfriend. My destructive relationship pattern continued and in less than no time, Fernando and I were screaming at each other on the regular. What did we fight about? Drinking. My drinking. Every single fight we had was about me wanting to stay at the club late and him wanting to leave, or me not remembering what I said and did the night before, or him having to carry me out of a bar while I was passed out. I was an independent woman, and I couldn’t stand it when Fernando tried to tell me what to do or that my drinking wasn’t normal or that maybe I shouldn’t blackout so much. It was offensive.

I took a trip to Punta Cana for a bachelorette party with my high school girlfriends in May of 2013 — after ignoring Fernando’s advice recommending that I don’t go. He knew I wouldn’t be able to control my drinking, and he worried I would be in danger. Of course, I didn’t understand his worry and I made promises I couldn’t keep. I blacked out my second day on vacation and Fernando told me it was over between us.

In the airport on the way home to Cancún, I felt defeated. I knew something was wrong. Two different, serious boyfriends in my life had brought up my destructive drinking habits, and each time, I deflected them. I couldn’t deal with losing another relationship due to alcohol. There I was, 27 years old with a great man who cared about me, but who could no longer sit by and watch me self-destruct. I finally considered what these men were trying to tell me. Alcohol was the cause of all my problems, not the solution. That moment of clarity was May 7, 2013, my sobriety date. Sometimes it pays to listen to our loved ones. There just might be some truth to what they’re saying. It might have taken me a few tries, but I’m glad the message finally got through to me. Sobriety has given me my life back. Alcohol no longer controls my life; and best of all, now I know what it’s like to be in a healthy, loving relationship.