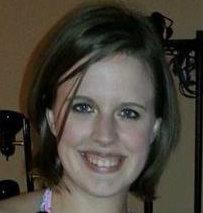 I first met my boyfriend when I was a freshman and he was a junior. He was a football player and pretty popular within all cliques. I was quickly infatuated with him — my first love. Things were great for the first few months. After about the third month, he became very jealous and controlling. I was in love with him and believed he acted this way because he loved me. Being told not to wear makeup or sit with my friends at lunch was his way of showing his deep love for me.

More: How I used Robin Williams’ death to talk to my teen about depression

As a 14-year-old growing up with a single father, I wasn’t sure exactly what a normal relationship was, so this was normal to me. I went along with whatever he wanted. I wanted to be loved and it seemed as if he did love me.

As a year went by, I started to realize that he wasn’t just in love with me. He was obsessed with me. He had to know exactly where I was at all times. He threatened suicide for the first time when I wanted to go home early from one of our dates because my father asked me to. He felt as if I loved my father more than him, and he told me he was going to drive his car into a river after he dropped me off at home. I was terrified. I didn’t want him to die, and I didn’t understand why he felt the need to say he was going to kill himself just because I wanted to go home early.

My father did not like him and started to tell me “no” when I asked to go out with him. My father sensed what was happening and didn’t want me to become a teen bride to a controlling husband. I couldn’t escape him at school, but as a sophomore, I was relieved it would be my last year to spend with him until he graduated.

After he graduated, we continued our relationship, but he didn’t have as much of a hold on me. He wasn’t at school to dictate what I wore or who I mingled with. I felt free but still somewhat connection to him. My weekends were spent with him, doing whatever he wanted to do. He had his own house by then, and he would talk about when I graduated how I could move in with him so we could start our lives together.

More: My son has OCD and one change in routine can ruin the whole day

By the time I became a senior, I realized that I did not want to be in the relationship anymore. I wanted to go to college, and I wanted to have other relationships. I wasn’t in love with him anymore, and I just didn’t want to be tied to him. My second semester as a senior, I broke up with him. He begged me not to leave him. He showed up at my door crying and telling me I was the only thing in this world he cared about and nothing could compare to what we have. My father asked him to leave and never come back.

He called me on a Sunday and my father took a message. He wanted me to call him as soon as possible because he had something very important to tell me. Tuesday morning at school, a friend of mine who lived near him told me her dad saw ambulances at his house Sunday night. She told me she thought he was dead.

We went to the library and asked the librarian if she could look up deaths in the area on the computer. Mind you, this was 13 years ago, so we couldn’t just look up things on smartphones. Sure enough, he did pass away. I couldn’t breathe. I felt as if I was going to pass out. The office called my father because I really could not concentrate on anything. He signed me out of school, and I went home.

Staring at the phone, I picked it up and called his grandmother, the woman he lived with while in high school. She asked me to come over and told me that he died of a drug overdose and left a note. I really didn’t want to go to her house as his house was next door, but I did because I needed answers.

In the note, he didn’t blame me, but he did mention that life wasn’t worth living without me. At 17 years old, I felt as if I was to blame for someone taking his own life. The guilt of that is incomparable. It literally took 10 years to come to terms with his death, to accept it without feeling guilty.

Thankfully, his family does not blame me. I’ve even visited them over the years, and they are always happy to see me, which I believe helps me.

Everyone tells you that your high school years are the best years of your life — full of hopes and dreams. To most parents of high schoolers, teenage love isn’t serious nor is it something that can leave a scar that carries on with you. No one tells you that high school relationships are important or that they can define who you become. But that’s what happened to me.

6 hrs ago
by Sara Dobie Bauer