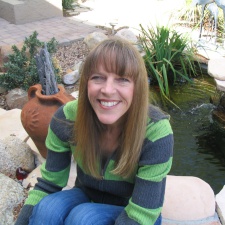 Too many of us are losing our lives to suicide, and part of the problem is that the facts and the myths regarding mental illness often don’t match up. Too often people believe that those who have schizophrenia are dangerous, when in reality they’re much more likely to hurt themselves than someone else (or be the victim of a crime as opposed to the perpetrator).

More: My anxiety attacks chased me out of my job, relationship and country

I heard voices for the first time somewhere around the age of thirty. The voices I heard didn’t tell me to hurt anyone, but they did tell me to jump off a bridge — which I tried — and to take all my pills — which I did. On both occasions, and at two different locations, a stranger helped save my life.

Some people with schizophrenia hear voices every day. I hear voices when I am actively psychotic (a condition that can be present in addiction, bipolar disorder and schizophrenia). It is common for someone experiencing psychosis to believe that they are talking directly to a deity or that they are a god or a famous person. If paranoia is present in this mix of distorted and often grandiose thinking, the person may believe in complex conspiracy theories about the government, the assassination of JFK or thousands of other possibilities.

We are all familiar with tragedies involving people with untreated schizophrenia (or other mental health issues) where people were killed or hurt. In almost every case, the person involved was not on medication, but there were warning signs. In many cases, someone (usually a family member) had repeatedly tried to get the person help from an inpatient treatment facility. Due to the current laws, the person was either not admitted or was held for only seventy-two hours, which is not long enough for most medication to begin working.

When I was first diagnosed with a severe mental illness, I would take my medication until my thinking cleared up, and then I would convince myself that I was better and didn’t need medication. This cycle went on for the first five years after my diagnosis, and it was dangerous, but a common phase for many people. Often, people don’t become treatment compliant at the first symptoms and signs of a mental illness. It took almost losing my life for me to take my treatment seriously.

More: I starved myself into a full blown mental illness

Schizophrenia is not the only disease where people are more likely to attempt suicide than hurt someone else. Attempted suicide is common among people with bipolar disorder, depression, addiction and other mental health issues. The added complexity of the risk of suicide with people who have schizophrenia is that it may be the voices they hear telling them to take their life rather than having actual prolonged thoughts of dying. The voices that people hear can go from pleasant and non-threatening to malicious in an instant. No one can predict the course or tone that voices will take, and this puts people with schizophrenia at an even greater risk of self-harm.

The statistics about suicide also confirm that people with a mental illness are more likely to hurt themselves than others. Suicide has become more prevalent over the last five years. The Centers for Disease Control reported that in 2015 in the United States, approximately 113 people died to suicide per day.

Suicide is a real threat to teens and adults, much more of a threat than being injured by someone with a mental illness. Instead of believing myths and what often become sensationalized stories on the nightly news, we need to focus our attention on the facts.

As a former social worker, I frequently heard, “Suicide is a permanent solution to a temporary problem.” I know it is cliché, but in most cases, it is true. With the proper treatment for suicidal thoughts — or in my case, the hearing of voices — life can, and often does, get so much better.

I wouldn’t trade one day of the last twenty years of my life for anything. I almost lost those 7,300 days. To think about that is frightening. If there was anything I could say to someone thinking about ending his or her life, I would say, “Don’t give in to your illness. Get some help. Accept treatment. You never know what will happen tomorrow, next week or next month — make sure you are here to live it, to experience it, to see it.”

If you suspect someone might be considering suicide or you have struggled with those thoughts yourself, please call the National Suicide Prevention Lifeline at 1-800-273-TALK (8255).

More: My OCD and germaphobia aren’t a quirk – they’re debilitating

12 hrs ago
by Sara Dobie Bauer