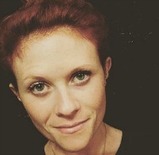 When my ex-boyfriend killed himself last year, it was more than a tragedy — it was news. He was a well-known chef who taught children at a Harvard summer school and volunteered at local farms. He was an associate instructor driving research at a liberal arts college. He was known for his love of art, music and history, and he traveled widely throughout Europe and the Middle East researching traditional cooking techniques and bringing rare ingredients home with him to give to friends and colleagues. Roald Dahl’s daughter, for whom he was a personal chef, called him a Renaissance man. She wasn’t wrong.

Both Eater and The Boston Globe published news of his death, and it was shared widely and with great sadness on social media channels around the world. Noma chef René Redzepi named a scholarship to the MAD global culinary symposium in his honor. A large memorial service was held at which his friend, the dean of Harvard’s Graduate School of Design, created and installed a photo wall. Dozens of members of the community spoke in his memory. I imagine they hugged one another, cried together and smiled as they remembered happy moments they shared with him.

I don’t know. I did not attend.

The morning he committed suicide, my ex gave me a choice: return to him, or he would kill himself. It was a minefield I had navigated with him before; in the two years we dated, he attempted suicide three times and threatened more than I could count. The threats began when I found out he was seeing someone else and tried to leave him. They continued when I caught him a second time. When he broke into my apartment and I called the police, he told me he would kill himself if I pressed charges. I didn’t.

More: The PTSD diagnosis that saved my relationship

He hit me for the first time in an Airbnb in Kathmandu. When we came home, he hit me again. And again. And again. He took control of my finances and drove me to and from work so he would always know where I was. He monitored my cell phone, email and Facebook accounts. Every time I tried to leave, he told me he would kill himself. I lived in constant fear of abuse, but the fear that choosing to live my life might mean ending his was greater.

One morning, we passed the elderly Haitian woman who lived above us in the hall. She asked me if I was OK — she knew I spoke French and he didn’t. I lied and said I was fine. I told him she was asking about the broken water heater. One week later, after dinner with friends, he beat and strangled me. I said I couldn’t breathe. He said he didn’t care. He said he could kill me if he wanted to. He weighed a full 100 pounds more than me and had a drawer full of sharpened chef’s knives within his reach. He wasn’t wrong.

I got away somehow, and he went to jail. But he was a college graduate and an upstanding member of society (see above). His felony assault charges were dropped. His mother violated the no contact order and called me, sobbing. He promised to leave me alone, she said. He promised he understood that what he’d done was wrong.

He didn’t. Despite weekly court-ordered therapy and domestic violence counseling, the stalking, threats and violence recurred. I moved for a third time and changed jobs, but he found me. “Everyone thinks you’re crazy,” he said. “Our friends, the doctors, the media, everyone. I made sure of it.” Then, he gave me the choice. It was his life or mine. I still don’t know why, but for the first time, I chose me.

If I had the choice again, I wouldn’t do anything different.

I thought about writing about all of this in response to the doubts surrounding Amber Heard’s abuse at the hands of the beloved Johnny Depp. Every time there are public instances of domestic violence, I relive my trauma and wish I could tell my story, but I worry that I’ll be criticized or blamed for my abuse. I think that maybe I’ll be ready to write about it the next time it happens. There are two things wrong with that. The first is that I’m worried that I’ll be blamed. The second is that I know there will be a next time. I can count on it. We all can.

More: Yes, domestic violence can happen to anyone — even lesbians

At best, he’ll just find another woman to abuse. At worst, he’ll kill her. Maybe he’ll kill her children too. Maybe he’ll beat her into a coma. Maybe he’ll just leave her bruised, homeless, jobless, financially ruined and with severe PTSD. At some point, we decided it’s up to the victims to protect themselves. Victims, by virtue of their victimhood, are not in a position to do that. So, we’ll watch the news, and we’ll cluck and say shame, shame on him, shame on her. But we won’t say shame on us. And it will happen again. And that’s what the f*** is wrong.

Abuse doesn’t happen in a vacuum. As a society, we establish circumstances that make abusers think it’s OK to abuse, and the abused think they’re at fault for the beatings and humiliation. We tell abusers that their behavior is OK by asking questions of the victims. We tell abusers their behavior is OK when we bring victims’ sexuality, race, income, employment, education and mental health into the conversation. We look for reasons the victims’ accounts of our beloved’s bad behavior might be faulty, and we tell their abusers that it’s OK to humiliate, beat up and murder those who are “other.” It doesn’t take much to establish “otherness” in a human being. It could be as big as religion and as small as taste in ice cream. Abusers don’t care. We should.

We tell victims they’re to blame by diminishing their experiences and ignoring their cries for help. My abuser violated his restraining orders three times. He was only arrested once. The time he broke into my apartment and locked me out? He was told to go home. A stranger who did the same thing would have been arrested. But because it was a domestic situation, my ex got to walk away and continue to terrorize me. I was called crazy instead.

At one point, after his parole officer, mother and friends refused to help, I called his ex-wife. Much like Depp’s ex, she told me it didn’t sound like him. She asked me to leave her alone. I did. I saved the photos of my bruises and all of his threatening messages. I look at them sometimes to reassure myself that I wasn’t crazy. I shouldn’t have to do that.

I’m sure that we tell abusers it’s OK every time we doubt a victim. So I’m sure there will be another Amber Heard, another Rihanna, another Janay Rice, another me. There will be a next time.

To help understand, identify and work to change the cycle of domestic violence, watch this documentary: http://www.privateviolence.com/. If you have ever experienced any form of violence from your intimate partner — whether it is physical, sexual or psychological — please reach out for help. Call the National Domestic Violence hotline at 1-800-799-SAFE.

18 hrs ago
by Sara Dobie Bauer