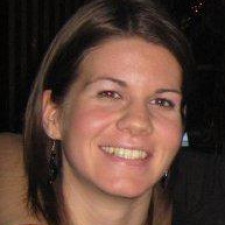 A few years ago, I believe that the disease of the 21st century was either cancer or obesity. As for osteoporosis, I saw it as a condition that may or may not develop later in life, just like grey hairs, a bald crown or memory glitches — depending on individual genetic buildup. It was only after my mother suffered a hip fracture that I got a close-up of the disease in its true form.

More: 6 things you suddenly do – and don’t – care about at thirty

My mother was only 52 years old when she fractured her hip. At the clinic, the doctor inquired about her bone injury history, family medical background, diet, occupation and various aspects of her lifestyle. It didn’t seem important back then, but I later learned that physicians usually ask such questions if they suspect osteoporosis to be the hidden cause behind the fracture.

My mother isn’t a picky eater, but she seldom eats dairy as she’s lactose intolerant. Unfortunately, it had never occurred to her that the sensitivity could add up to chronic calcium deficiency and trigger osteoporosis at some point. When the DEXA scan results came in, we learned that my mother has a T score of -3, which is extremely low for a woman of her age. After running a few more tests, the doctor diagnosed her with osteoporosis and recommended surgery, diet changes and prescription medications to slow down the disease’s progress.

The doctor said that hip replacement surgery can be successful in cases of mild and moderate osteoporosis, but it wasn’t an option for my mom as her bone density was already low, and the surrounding tissue wasn’t strong enough to support the prostheses. Instead, my mom underwent hip pinning surgery and was discharged from the hospital three days later. The GP gave her a pain medication prescription and instructed her to do light exercises and sign up for physiotherapy to restore joint mobility.

More: 7 ways to make yourself actually work in your home office

To minimize hip stress, my mother used crutches when standing and walking, and as weeks went by, she gradually resumed control over her injured leg. She was also prompted to include calcium supplements and calcium- and Vitamin D-rich foods in her diet to slow down bone loss and to promote the production of new bone tissue.

Hip soreness persisted for the next two months, but my mom had no major difficulties performing light, everyday tasks around the house. It took her a few more months to recover fully, though, but the new nutrition plan and physiotherapy helped a lot. My mom is currently on a medication called strontium ranelate, and she’s handling it well. She was taking bisphosphonates for a short while after the surgery, but she had a severe reaction. Her doctor said that the next step may be hormone therapy, but she’s treating it as a last resort because of all the risks involved.

Watching my mom recover, I realized that bone damage is a greater risk than most medical scares we see discussed in the media. Osteoporosis doesn’t need a genetic predisposition to usher it in; it just needs years of negligence to come knocking on your bones, demanding a hefty toll in pain.

My mom is only one of about 9 million people who suffer an osteoporotic fracture every year. Not all osteoporosis patients fully recover from a broken bone, and many of them are at risk of sustaining another fracture within a few years.

Osteoporotic fractures occur every three seconds. One in three women over 50 will suffer an osteoporotic fracture this year. Unlike other conditions, osteoporosis exhibits no symptoms until it’s too late to turn back the clock, and it can happen to your next-of-kin or to yourself.

I guess what I learned was this: Sticks and stones may not break your bones, but long-term health negligence certainly will.

More: These foods will help you live a longer and healthier life

6 hrs ago
by Morgan Mandriota