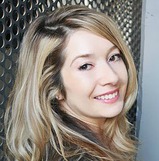 The question went up on my Facebook wall shortly after I’d posted a story about feral cat colonies in New York City being pushed out of their urban habitats by the proliferation of development sites in formerly blighted areas.

Related story Amazon Is Having a Massive Sale on Pet Products, But You Need to Act Fast

Since the question came from a man – and a new one I’d just friended twenty-four hours before – I was wary of it.

Implicit in the question, at least in my mind, was, “Are you single? Undateable? Unfuckable? Crazy? Mentally ill? A hoarder? Will you die old and alone on your cat-piss-soaked couch in your cat feces-encrusted house? I bet you will!” (And some people will die exactly that way – who is to say that’s worse than any other way?)

More: I used to think “staying hot for my husband” was the key to a happy marriage

What he did say: “Do you have a house full of Greeks?”

Wanting to draw this out so he could hoist himself with his own petard, I replied, “I do not understand your question.”

And there it was, my friends. If you like cats, you must have a house full of cats.

Isn’t it odd how, if a man posts a picture of his motorcycle, no one asks him if he has a house full of them? No one says, “Have fun growing old alone with your motorcycles” if the man is single and enjoys tinkering with his bikes in his spare time – or even if he slavishly devotes himself to them at the expense of eating and finding a wife.

Because he’s a man, and men are allowed to have things they enjoy without being shamed over them.

I’ve always liked cats. I liked them before I was aware of the idea that women were not supposed to like them, otherwise they would be considered sad, lonely, decrepit spinsters with no hope of ever finding love (read: a man) in this world. I liked them because I grew up with them, they were small and could curl up in my lap, they didn’t bark, and I didn’t have to get up at some ungodly hour and take them outside and watch them shit.

Years later, I would be obscuring my three-cat ownership status on dates, telling men that I owned only two, lest I get that bug-eyed, “Oh my god, there must be something WRONG with you” look. Even with two, I would still sometimes get that look.

Men, on the other hand, would proudly show me pictures of their dogs (plural) on their phone, would email me photos of the slobbering canines even before our first date, and I read many a man’s dating profile that proclaimed something along the lines of, “My dog comes first so if you can’t understand that, then don’t contact me.”

Somehow, a man loving dogs is adorable and shows he’s capable of commitment. A woman who loves cats… yeah, we already know.

So why is this?

More: This is the key to maintaining the spark in an introvert-extrovert marriage

Sexism. Pure and simple. Look at any cat rescue group – the volunteers are overwhelmingly women. Look at any TNR (trap neuter release) program, again, overwhelmingly made up of women. Don’t get me wrong, men do love cats (Ernest Hemingway – now there’s a real “house full of them”) and men do volunteer to work with felines. But they are in the minority, just as there are women who love motorcycles – but they are in the minority. Cat ownership is associated with being societally discarded, whereas plenty of elderly single men tend gardens, but there is no equal connotation. No one says, “Have fun growing old alone with your lawn trimmer.” Nor have I ever heard the term “Crazy Hothouse Man.” (And, yes, women hurl sexist crap at other women. Sexism is not the sole province of men.)

Cats are a “female thing” – and therefore must be shamed.

In the middle of our conversation, I went to my new friend’s Facebook wall and noticed he had posted something about food. I asked him if he was a “food person” and whether he had food smeared on his walls, cans of Spam bundled under his couch, and boxes of spaghetti toppling out of his shelves. (To his credit, he took this in stride.)

Nope, you will not be able to insinuate there must be something damaged about me because I like cats and happen to have a vagina. I hope, when I’m old, I do have cats. Why wouldn’t I? They give me joy, and everyone, young or old, should be surrounded by what gives them joy. No one gets to dictate what should give me enjoyment in my old age and what shouldn’t. (Newsflash: If you are female, you have a very good chance of growing old alone due to women’s longer life spans, whether or not you are currently married, or manage to stay married, and whether or not you own a cat. If you don’t believe me, I invite you to visit any nursing home and note the demographics.)

Yes, men are shamed too, occasionally. Usually their shaming consists of accusing them of being less than a man – there’s really nothing worse you can say to a man than to imply he is somehow womanly.

Do not ask me if I’m a “cat person.” I am a person. I like cats. I also like many, many other things. Including, even, dogs (just not as much as cats).

But if you must ask me if I’m a “cat person,” ask yourself why you are asking. Really, really ask yourself. Oh, and have fun growing old alone with your Xbox.