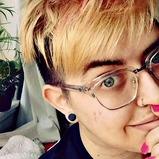 It was exactly one week before my 18th birthday.

I know this because I can remember thinking to myself, “If my death ends up on the news, they’ll report that I was 17 when I really should be identified as 18.” It’s funny how, even an hour or two before my suicide attempt, I was concerned about something that trivial.

Funny too that I can remember something so irrelevant all these years later. I’ve tried, but I can’t forget what happened, even the little things. I remember where I was — a college classroom, watching an old film about civil war in New Guinea — when I decided how I would do it. I remember the car ride home, a few hours before it happened — a frigid night in the heart of a Michigan winter, the sky dark and empty — when I struggled to keep my eyes open, to form words. I remember when my boyfriend asked if I had any plans for the night, and I could only whisper lies. I remember the folk music I had playing while I was dying — a song called “Hospital Bed” by Seabear, the irony not lost on me — to distract myself from the emptiness of my lungs, the numbness of my hands, the pulse behind my eyes as I suffocated alone in a closet.

More: When my mother died, I could finally heal from a childhood of body shame

A gasp, a seizure, a blackout — waking facedown on the floor — my world shattered in a single moment.

It’s these memories that shake me violently when someone carelessly says “I’ll jump off a bridge” or “I’ll shoot myself” or, the worst of them all for me, “I’ll hang myself.”

No, you won’t. But you’ll dig up the trauma of someone who almost did.

And it’s not the mere mention of suicide that gets me. It’s the flippant way it’s used, as if suicide is trivial or funny or unimportant. As if it isn’t traumatic. As if it isn’t horrifying. As if it hasn’t devastated the lives of survivors, victims and the people who love them.

Taking the worst thing to have happened to some of us and making a mockery out of it just for the sake of exaggeration is so unnecessarily cruel. I still can’t understand why people insist on doing it. I wonder if they’d say the same of something like breast cancer, or are some tragedies simply more dignified than others?

These jokes are not only re-traumatizing the survivors around us, but by trivializing suicide, they’re making it more difficult for people to speak up if they’re struggling.

After my attempt, I didn’t know where to turn. So for years I suffered silently, choosing to keep what had happened to myself, fearful I would be judged for what I had done. And I think it speaks volumes that, as a survivor, I felt I couldn’t talk about suicide, while the people around me felt free to make jokes about it.

There is something wrong with our culture if people are more willing to make jokes about suicide than they are to have honest and compassionate conversations about it.

There is something wrong with our culture if the people who actually do want to kill themselves or have tried can’t speak up, while the people who don’t can.

More: My abortions aren’t shameful secrets, no matter what the GOP says

What that says to me is that we, as a culture, are not taking suicide and suicide survivors seriously. And when you jokingly say that you’ll kill yourself, that’s exactly what you’re saying too.

If you’re worried about yourself or a loved one, call the National Suicide Prevention lifeline at 800-273-TALK (8255).

13 hrs ago
by Ashley Papa