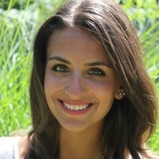 It was an everyday conversation. We were both just messing around. But it ended with me deciding to end a friendship with a male friend.

I can’t remember our exact topic but we were kidding with one another, as friends do, poking fun and cracking jokes. Then he said two words: “Calm down.” And I just lost it.

Or maybe I lost it for the simplest reason of all: He made me uncomfortable when he told me to calm down.

“Please don’t tell me to calm down. In fact, you probably shouldn’t ever tell a woman to calm down,” I wrote back.

Clueless as ever, he blazed through my outright vulnerability and perpetuated the joking nature of our previous conversation, which I guess he hadn’t realized had been shattered by his comment.

“I’m not even sure you’re a woman,” he sent back… with a winky face.

Nope. Nope, nope, nope, nope, nope. NOPE. Not today, Satan. (As I said, maybe it was the catcalling. Or the fact that I finally categorized myself as a feminist. Or Lena Dunham smizing at me from my inbox.) But, just, nope.

I thought, I can let this go. I can succumb to his words and let him get away with it. But that would be what I do every day of my life as a woman. That would be what I did this morning as I quietly kept my head down and allowed those men to shatter my feeling of security as I walked down the street.

I vocalized that he made me feel uncomfortable. I expected him to immediately apologize. Only he didn’t. He flipped the script; He said I made him feel dirty, sexist — like he was an asshole who didn’t respect women.

But yet, what he was saying now was way worse than the initial “calm down” comment. It should have been an easy, immediate apology. But he kept going: “City women” and “you put me in a sexist category” and when I told him if he didn’t stop harassing me and offer an apology, I was going to block his phone number, he provided an ultimatum: “If I never talk to you again, have a nice life.”

Because if you minimize your chauvinist transgressions by flipping the script on the woman, blaming her and also are unable to apologize for making anyone (regardless of gender!) feel uncomfortable, I don’t want to be friends with you. And in the meantime, you don’t deserve my Instagram pictures or Facebook statuses or Snapchat stories. You will deserve them when you treat me with respect.

So if I never get an apology, I’m OK with it because I stood up for myself. It’s so crazy how those city women feminists are always demanding human decency. Plain crazy.