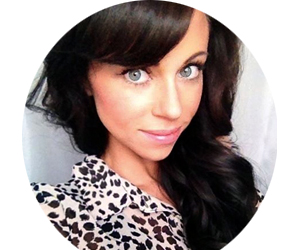 Back in the early 2000s, going under the knife to get breast implants seemed like it was the norm. Oversized chests were idolized: from babes on Baywatch to models in Maxim magazine and Victoria’s Secret catalogs that showed up in your mailbox and made you say, “Man, wouldn’t that be nice?”

More: I had a ‘vampire facial,’ and it was better than a face-lift

As a modest B-cup female, I was not ashamed of my size. In fact, I was completely content for a long time. After turning 21 years old and venturing out to bars and clubs in New Jersey and New York, every single girl I would see had cleavage spilling out of their tight, little club tops, and for some reason, I decided I wanted that, too.

Everyone has different reasons for getting plastic surgery. I was never insecure about my chest size and wasn’t hoping it would make guys like me. I just really wanted my clothes and bathing suits to fill out better. Women such as Carmen Electra, in my opinion, had amazing physiques. So, at the age of 23, I started doing my research.

I found a surgeon in New York to do my implants, went in with my photos of what size I wanted and set the date. My mother was against it. She felt that I should just be happy with what God gave me, but it was something that I couldn’t be talked out of. She supported, with discouragement, and off we went into the Big Apple to get my big melons.

When determining the size I would get, I was encouraged by so many females who had implants to go a bit bigger than I thought I wanted. “You’ll regret it later if you don’t,” they said. (What I regret is taking that advice!) We decided on under-the-muscle implants filled to 390ccs. I had gone in asking for a full C cup and wound up with a D.

The first week I was depressed and started to regret my decision. These were much bigger than I wanted. I took a good two weeks to completely heal and was in a lot of pain. When you have very little skin and body fat, the implant has to stretch your muscle to make room. I never realized how much you use your chest muscles for day-to-day things such as turning a steering wheel, sitting up or pulling your pants down to go to the restroom. Yes, I needed help to do all of those things. How embarrassing.

I remained in hiding until my boobs “dropped and fluffed,” a term used among other breast implantees that refers to your implants going from basically being super high on your chest to dropping naturally in the pocket that the surgeon creates between the chest and muscle. This pocket is what holds the implant in place. When I first looked in the mirror after a few weeks, I was so surprised how high my implants were sitting. You had to do a fingertip test each week or so to see how far the top of the implant was from your collarbone. Over time, it would get lower and lower, then settle and fluff out and look more natural.

It was a waiting game, but in the meantime, I felt super self-conscious having them in any kind of low-cut shirt. (Didn’t I get implants to not be self-conscious?) Here they were, basically in my throat for the world to see. “Hey, I got my boobs done!”

Over time, I felt better about the decision and shed my insecurities and wore my new accessories proudly. They were here to stay, so I might as well get used to them. I can’t deny that a bigger chest brought more modeling and promo opportunities, and during that time, I was doing a lot of modeling, promo and bartending work to make ends meet. Big boobs got you bookings. It was as simple as that.

After a few years, however, almost overnight, I hated them. I disliked everything about what my size D bust was bringing to me: the looks, the huge bras I now had to buy, the remarks from other women, the comments on photos on social media. Even the most covered up, modest dress appeared overly sexy because I was top heavy. I began to slouch, cover them up, wear baggier clothes — anything to detract from my tiny frame and ample bosom.

After a while of shying away and being really unhappy with such a large chest, which was now impacting my posture and overall mental well-being, I decided to research online to see if other females every redid their breast augmentation to downsize. Surprisingly enough, I could barely find anything! I thought for sure other women had gone too big and wanted to remove their implants and replace them with a more modest, natural size, but all I could find was women going back on the table to go even bigger!

I went back to my original surgeon, now 10 years later, and discussed with him how unhappy I was for this long. My fear was that removing such a large implant on someone who has such tight skin and is very thin would cause my downsized chest to be super stretched out and look terrible. I have heard that sometimes removing your implants can leave you with not-so-pleasant results, so that was on my mind. After talking it over, my doctor said that most women come in after 10 years anyway to replace or redo their implants, so this was the right time to consider it. So we decided I would go back in through my same incision, go down to 280cc implants and put me at a happy full B/small C.

I look back now on this journey and ask myself what compelled me back then to go under and go so big, and I guess at the time that was the look, but styles change, and what was popular in a certain decade doesn’t always last. I am much more comfortable in my skin now with the size I have today. I believe at the end of the day you must feel good and confident, no matter if it’s larger or smaller breasts. My journey was 10 years in the making, and I am glad now for having gone through it all.

My advice: Think long and hard about the pros and cons of breast implants. It is a decision that you will have to live with for a while, and if you change your mind, it is yet another surgery to go through. I know in the end I did this to myself, so this is by no means a woe-is-me experience, but I am sure other women out there have gone through the roller coaster of emotions like I did when you get breast augmentation.

More: I had $8K in facial plastic surgery, and it did wonders for my self-esteem

12 hrs ago
by Chimére L. Smith