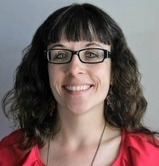 Ever since I was a teenager, friends, family and complete strangers have commented on the way I look. It doesn’t matter if the conversation was initially about my new haircut, comments almost always come back to my size. I’ve gotten everything from “Look how skinny she is” and “You can wear anything” to “You can have that extra cookie; you need to put on a few pounds” and “Look! Katie’s eating food!”

When I don’t reply or look uncomfortable, often the person will tell me it’s a good thing and that I should be happy with how I look. More or less, I am happy with how I look. However, you shouldn’t focus on my size. I get that it’s meant to be a compliment or a light-hearted joke. But to me, you’re saying that because this is how I’ve always looked, this is how I should always look.

When I’m about to eat that second cookie or if I don’t fit into the extra small clothing I normally buy, I doubt myself. Will this cookie make me gain weight? Why can’t I fit into the size that I usually do? I wonder what people will say if I ever become something other than that skinny little thing.

It’s part of a bigger problem that affects all women. No matter how a woman or girl looks, she’s judged. It’s as if her body type is on trial, and everyone with an opinion is the jury. Remember when Kelly Clarkson gained weight in 2015 while pregnant and a journalist seemed OK calling her out on it, saying she had eaten too much carrot cake?

More: I won’t let my mom tum stop me from wearing a crop top

Clarkson took the comments in stride by stating that she didn’t care what people thought about her, but this wasn’t and isn’t OK. Women have so much more to offer the world than their body type.

I’m happy to say that my doubts are usually passing thoughts. I eat that cookie because I want to; I’ll eat two if they’re especially delicious. I’ll buy the next size up when shopping because I like the outfit.

In 2012, the All-Party Parliamentary Group on Body Image in the UK published their Reflections on Body Image report. They found that girls as young as 5 years old are worried about their looks while between one-third and a half of girls fear becoming fat and try dieting or binge eating.

These are kids; these are little girls. Little girls who, instead of playing with friends at a birthday party, are worried about eating a piece of birthday cake. They shouldn’t have to. Neither should any woman.

More: Our body ‘flaws’ are only bad because we keep calling them flaws

The study also estimated that two-thirds of adults have a negative body image and 42 percent of young women and girls “feel the most negative part of being female is to look attractive.” And that needs to change.

If someone gains a few pounds, is thin or somewhere in between, it doesn’t matter. We don’t need to talk about it. Compliment women on things that really showcase their talent. Don’t let a woman’s body type define how you see them so they won’t let it define them to begin with. After all, your compliments and jokes can have long-lasting effects.