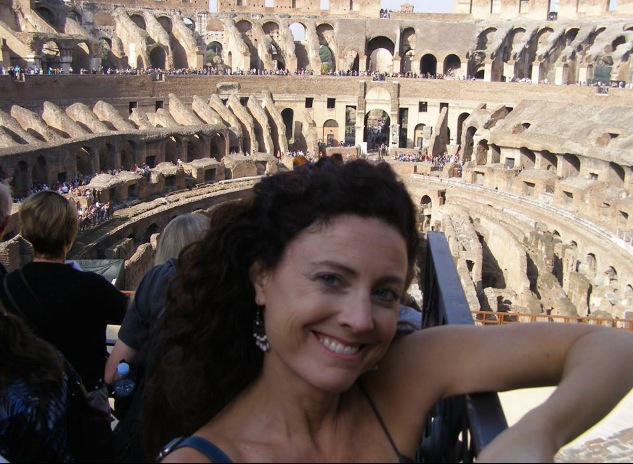 “There’s a cassette recording of my father lecturing me at 2 years old about wetting my pants,” I told the trauma therapist.

My chest grew heavier as I continued speaking. “My parents tell this story about how I called to them from my bed as a toddler. They’d shake their heads at why I ever thought I needed permission to get up in the morning.” All I remember is that the air in my childhood home felt like a landmine full of rules. “I always asked permission for everything.”

Suddenly, a lump appeared in my throat. “Then, when I was travelling alone in France during college, a man trapped me in an outdoor foyer of a hotel, blocking the entrance when I had my back turned.” I felt my breath begin to catch. “He grabbed at my breasts, and I — and was shocked and, even if I I’d known how to react to that kind of situation in a country where I was fluent in the language well, my French wasn’t good…” By this time I was choking between words.

More: My parents defended my abuser, but I fully understand why

As I fought the tears, between breaths, I said, “So, even though I knew there was probably someone behind the door, I didn’t know what to yell.”

“You felt frozen,” said the therapist.

“Yes.” I’d never known the word for it before. Something tiny let go inside.

I told her how I tried to hit him in the shoulder with my backpack. But with my 110 pounds behind it, my overstuffed travel backpack didn’t pack much of a wallop as I slung it up against his shoulder. He laughed and muttered, mocking me.

Every second I felt more and more disempowered, invisible. Frozen.

Over and over, I heaved. He laughed.

Finally, I’d given up on words, strength, and just screamed wordlessly until the hotel owners came out of the door, and he ran.

I described how my college boyfriend — who I eventually married — would block similar openings in his kitchen and doorframe, and I’d wish for wings to fly past him, or out of his car window because he wouldn’t let me leave during a fight when he was drunk and throwing coolers or making sudden U-turns under overpasses.

Unfortunately, I didn’t recognize the similarities at the time because all of the brochures in the early 1990s on “abusive relationships” warned about physical abuse, how abusers denigrate you or isolate you from your friends. On the contrary, my boyfriend relished his alone time to cultivate his various addictions and constantly told me how smart and proud he was of my accomplishments.

Which, I suppose, is why I stayed two more years even after the night he shoved me down on our wedding bed, when we got into an argument because he broke a promise to me that he wouldn’t drink before the ceremony. I spent that entire night and most of our honeymoon wondering if I’d made the biggest mistake of my life.

I had never told all these stories in a row until I sat in a trauma therapist’s office and watched the tears drop to my lap.

Who was I to claim real trauma? I’d never been to war. Never been raped or molested as a child. I was raised by two middle-class parents who tried their best. I was white, privileged and a mess.

And my mess was contributing to the problems in my second marriage. I just couldn’t tell how much.

My husband is a passionate guy whose temper occasionally flares. For 18 years of marriage, we’ve struggled with this issue, while he worked to rein in his temper after growing up in a family dominated by loud, expressive men, where yelling and throwing things on the floor in anger was the norm. Meanwhile, having been scorned severely as a teenager for the one time I dared slam a door, my intolerance for expressing anger could not find a way to meet him even part of the way.

So, I found a trauma specialist to see outside of our marriage counseling.

“You’ve experienced trauma,” she said. “And your feelings in response to anger are like PTSD.” She wasn’t the first to suggest that I was suffering from PTSD-like symptoms, but this was the first time I really heard it. We talked about deep breathing, walking away when I feel triggered — all things I knew before but couldn’t seem to implement.

More: The PTSD diagnosis that saved my relationship

After I spilled the story out in this timeline, a weight slowly lifted off my shoulders. The next week my husband and I were discussing something, and for whatever reason all of a sudden he just barked something at me out of the blue — maybe he was tired or frustrated or just cranky. But as my heart started down the familiar race track, I squatted down to put away a pan under the stove and stayed there a minute telling myself to breathe. I was able to slow down my heart in just a few breaths.

Normally, this type of interaction might have shut down my communication with him for the night. Instead, after I finished putting away the dishes, I went over to where he was sitting with his computer and said, “Is everything OK? Why did you bark at me like that?” He apologized, we talked it out, and melted into the next moment.

There’s a sense of relief in being heard. And there’s something empowering in being allowed to grieve something you weren’t sure you had a right to feel. It takes all of your strength to keep it in. Suddenly, it’s much easier to breathe.

As it should be.