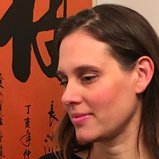 I was a reluctant wing-mate when my brother dragged me across the main deck to hit on a girl, until I noticed her brother, a striking guy offering me a cigarette. It was New Year’s Eve and we were on a Caribbean cruise. Next thing I knew, Pete and I were smoking as we watched our siblings wander through the tables, picking up and draining abandoned glasses of Champagne.

I had casually mentioned my boyfriend, just to set the right expectations, but we spent the last three nights of the cruise together. Nothing happened. I knew I was doing the right thing, but when we parted with an awkward platonic hug and the swapping of email addresses, I wished I had never mentioned the boyfriend.

I returned to my final semester at college and to a message from Pete. In our online chats we bonded over fears of graduation and facing real life. I kept him a secret, which intensified the intimacy. I also didn’t tell Pete anything more about the boyfriend, the guy I had once thought was the one. With real life looming, I had to face that we were on different paths, and had been for a while. It was a painful truth that I happily forgot about during the moments I basked in Pete’s electronic attention.

More: People cheat all the time and that’s not going to change

He wanted to come see me. It was only an eight-hour drive from his school to mine, he hinted. So when my boyfriend announced that he was going out of town for a guys’ weekend, I told Pete to come visit.

First he said yes. Then it turned to maybe. Then I didn’t hear from him for a few days.

When he finally wrote again, he told me he’d liked me since the moment we met. Months of email had made him like me more. I’d never experienced such an honest emotional outpouring from a guy. He needed to know if I still had a boyfriend.

I told him I did, but things weren’t going well. I didn’t have a good answer when Pete asked why I didn’t break up with him.

Maybe it wasn’t fair to blame Pete for staying far away from my hot mess, but I did anyway. I wanted a romantic rescue, an easy out. If Pete wasn’t willing to give me that, he didn’t deserve my time. My replies to his emails became curt and eventually dropped off altogether. I graduated, closed my college account and lost all contact.

As I settled into my single life in New York, I was curious about where Pete ended up. I tried Google, but didn’t get very far since I couldn’t remember his last name.

As my experience with men grew, I finally appreciated how rare it was to find a man so willing to take a chance by revealing his feelings. I also appreciated the emotional intelligence it took to stay away. Time passed and I feared I would go the rest of my life without ever meeting another man capable of that honesty. I wanted to find him but even Facebook couldn’t crack the Pete puzzle.

More: I didn’t get a storybook proposal and that’s OK

When the men I dated showed their flaws, I took solace that Pete was out there. I nursed a fantasy of running into him, telling myself that every business major east of the Mississippi had to end up in NYC. I’d see him again smoking on a street corner and we’d get a drink. I’d tell him I remembered every detail of those three nights sailing around the Caribbean. My greatest life regret was that I let my college boyfriend, destined to be part of my past, ruin what should’ve been the perfect chance meeting. Our second encounter, I told myself, would be the real romantic story, the one we’d tell the grandkids.

When no amount of searching yielded a single concrete detail, I started to make them up, until I finally had to admit that Pete had become mostly fiction. We never even shared a real first kiss. If something had happened on the main deck under the Caribbean stars, I might have never heard from him again. I doubt it, but I’ll never know. One thing I know for sure is that he wouldn’t have turned out perfect. No one is.

The regret started to fade. I realized I may have learned more from Pete by never really having him. Don’t waste time or opportunity on a relationship once you know it’s over. Just end it. Connect on social media; that’s what it’s there for. Be bold when you have the chance. And never, ever let a nice guy slip away.

11 hrs ago
by Dena Landon