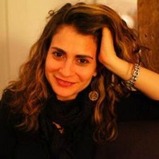 We met every Saturday morning to train. Black L.L.Bean fleece, old baseball cap and a brand new pair of Brooks on my feet. I was going to run a marathon. OK, it was a Turkey Trot, but Park Slope, New York, might as well have been Athens, Greece, because the feeling was the same.

“You have such natural athletic ability,” my father said when I gave up running. I had stopped lacing up and jogging with him by the time I was 12. As a child, I took to sports easily, winning races, swimming like a fish and playing catch for hours, never missing a single ball. Then I turned. Puberty and self-consciousness took whatever ability I had. I no longer accompanied my dad on his jogs around our neighborhood. I wanted other things, I thought.

More: 6 exercises that make you a better runner

As time passed, I hid my athleticism so deeply that it began to decay. I was no longer the young girl with endless energy but the all-black-wearing teenager who inhaled thin cigarettes and strutted instead of ran. I avoided jogging in college and beyond, but a part of me missed the way I felt when I was running. The way my mind and body connected. The peace I felt in the urban streets when I found a quiet strip to run on. I tried to figure out a way to get it back into my life before it was too late.

Eventually, in my 30s, I joined a gym and began to run on a treadmill, increasing the incline more and more until I nearly exhausted myself after each run. Yet it was different. I was running inside, safely hidden from the world around me. I wanted to get back the high I felt from being outdoors. I lived steps from Olmstead’s park, yet I spent my mornings running in place. I wanted to be like all of those people I saw running in Central Park — that was the new cool for me — but I did not know how.

When autumn arrived during my 38th year, some of my girlfriends began to talk about running in the park. It was just the motivation I needed to get out there. Just like that, our weekly runs began. Hung over, restless nights, rain or shine — it didn’t matter. I was committed. I was there every Saturday.

We started off slowly. The first few weeks were mostly walking. Eventually, it led to a quiet jog. Then, one day, we made it around the park — even up a monster hill. We could make it around most of the loop, but toward the end, the incline on the hill was so steep that we’d slow down and end up walking. Even experienced runners avoided it.

The first time I finally ran up it, I knew I could complete the trot. I knew I could do anything. I smiled the whole way home. I felt like a kid again. A funny thing started happening: My body started to crave it. I needed to run, to be free, to get going.

The race was nearing, and we were ready to take action. We signed up at the local sports store to get our badges to run the Turkey Trot. Five miles in total. A feat of Sisyphean tenacity. I was so nervous that I barely slept the night before, staring at my black numbers on the crepe paper, wondering if I could make it up that hill.

More: New running skirt has a trap door for peeing on your runs

My friends and I took a car service to the entrance. Real runners in laced up gear and wool hats surrounded us. I recognized a few. We took off, and before I knew it, we were all running in different directions. I found other friends and began to trot with them. One had run a marathon, so this was an easy feat for her. I looked over and saw a family I knew, and they cheered my name. I raised my hands up in the air like a champion. When we got to the end, I was not sure I could make it up that hill, but with some encouragement from my friend, I did it. I freakin’ ran the trot, and I earned more than stuffing that day.

I took the train to Long Island so I could spend Thanksgiving with my relatives. I walked into a testosterone-filled room with a television set blaring the game. My uncle and cousins are former athletes. These men have played pro ball, and they were complimenting me on my run. “That’s great, Loni. Is it something you are going to do every year?” my uncle asked, digging into Aunt Mary’s famous clam dip. I chewed on a carrot for a bit. “I don’t know,” I said. “I hope so.” I smiled, and my uncle rubbed my head like I was one of his own.

2 hrs ago
by N. Alysha Lewis