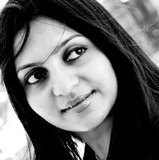 On a scorching day in August two summers ago, Andrea Alves walked naked into a park with her 5-month-old son while her husband, Peter (name changed), went to work. That was the day Alves, a 31-year-old elementary school teacher, adopted naturism as a way of life. A part of it, she says, is to be “self-confident and comfortable being naked both at home and in a naturist environment.”

Alves, now a mother of two, is raising her children with the naturist philosophy while her husband shrugs and moves on. “My own husband does not participate in naturism, but he supports my choice. He wears clothes to the point where I call him a never-nude. He wears clothes, and I do not,” says Alves nonchalantly.

Peter Alves, who is also a teacher, explains the situation with a metaphor: “Think of it this way: My wife and kids like going out for sushi, and I don’t eat sushi. I don’t have a problem with it, but I’m going to stay back.”

If only the notion of being a naturist were as easily digestible as sushi rolls.

Andrea Alves lives a few minutes away from Bare Oaks Family Naturist Park in Ontario, and since the first time she learned what a naturist park was, she’d been meaning to give it a try. “It was on my bucket list, but it took me two years to get the nerve to walk in. I kept telling myself I would go when I lose weight or when I feel more comfortable with my body and put it off for later.”

More: I’m a competitive athlete and even I get body shamed

Alves grew up with body-image issues and depression but found liberation in naturism. “I used to inflict self-harm,” she says. “I would burn myself with an iron and cut myself on the stomach because that’s where I felt I had the extra fat. I also went through a lot of depression relating to my self-image.” Ironically, Alves decided to shed her clothes when she was five months postpartum. “My whole outlook toward my body changed after I gave birth. I saw my body in a more self-centered way. I saw that it had purpose. It could feed a child and create a human. It made me love my body even more. In fact, the first time I walked naked was post-pregnancy when I didn’t have as nice a figure, but it didn’t matter because my body had created something so beautiful. I was already in a good place mentally when I chose to walk the path to naturism.”

Not everyone in her world agrees. Alves recently had to face a sexual advance from her brother-in-law who asked her for a nude photograph. “He had the misconception that because I went to a naturist park, I am a ‘lot of fun’ and a sexual person who would cheat on my husband. This is so far from the truth. It fueled me to speak about and share that naturism beliefs are completely nonsexual,” she says.

Alves realizes that her choices will continue to attract controversy. She has been routinely slammed by other parents for posting discussions about naturism in online parenting groups or offering to share her experiences and clear up misconceptions. She has also been accused of recruiting people to become naturists and attracting sex offenders to her children. But it doesn’t bother her. “I’m happy to share my experiences just like I am interested in reading people’s arguments against naturism,” she says. “I am not offended by arguments against it because I also was not open to the concept until a couple years ago.”

More: How I stopped viewing my body as a size large catastrophe

As a parenting style, naturism is likely to be viewed with suspicion and denigration. “Young children are not really given many choices,” says child psychologist Jemma Helfman, who practices at Dr. Joanne Cummings & Associates in Toronto. “There are all sorts of decisions parents make for them, and many of those are about the parent’s chosen lifestyle — whether they eat meat or are vegetarian or whether they attend a religious institution. Being a naturist is just a less common choice.”

Stéphane Deschênes, owner of Bare Oaks Family Naturist Park and a naturist himself, says most people who try naturism for the first time are unsure but curious. “They arrive with a great deal of anxiety, which dissipates quickly,” he says. “The hardest part is deciding to go and the drive there. Our creed is so much more than just taking your clothes off. It is a life philosophy with physical, psychological, social benefits. We go beyond a mere recreational pursuit and promote ethical naturism. To live a naturist life, nudity is key to body acceptance.”

This summer, Alves hopes to camp overnight at Bare Oaks with a few like-minded families. “I want my children to have confidence and a healthy self-image,” she says. “I don’t want the first naked person they ever see to be pornography on the internet.”