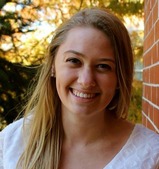 When I got married last year at 23, I was on the younger end of the spectrum. A great deal of my friends were — and are — still single. Sometimes, mainly after a cute Instagram picture of a hike with my husband, I have friends that voice how much it sucks to be single in your mid-20s. They have a glamorized version of marriage involving cooking three-course dinners every night with romantic weekend dates and constant bliss. In reality, that’s pretty far from the truth.

More: We loved each other but refused to say until marriage

Here are seven things I wish my single friends knew about the reality of marriage. It’s great, but it’s just another stage of life—no better or worse than singleness.

1. I still want to be invited to things

Too many times, I have friends who tell me they didn’t invite me out because it was a girls’ night, and they assumed I’d be busy with my husband. But it’s not like we’re constantly doing enthralling activities 24/7! There are plenty of nights where we do things separately. Even if you think I’ll say no, it’s still nice to be invited. I didn’t fall off the face of the earth.

When I was the only one in charge of my money, the occasional pedicure splurge — OK, the monthly pedicure splurge — felt like no big deal. I was the only one affected. Now, we have to go over our monthly budget together. Although we definitely still have room for individual splurges, it’s harder for me to justify the pedicure spending when I’m asking him not to buy so many comic books. Larger purchases are tricky, as well — it’s not that we can’t splurge from time to time, it’s just that your money is no longer solely your money, and the other person’s views need to be taken into consideration.

3. Our bad traits are still there

Being married didn’t suddenly turn us into saints. I still have a bad temper. My husband still procrastinates. Nobody’s perfect, but it’s sometimes easy to fall into the trap of thinking that when you get married, love will cover all issues. But it still drives him insane when I snap at him about something menial.

More: I wanted a marriage completely different than my parents’

4. I miss spending holidays with my family

We now try to split up our holidays evenly, which means missing family trips up north for Memorial Day with my side in order to spend time with his side. While my in-laws are great, it’s never the same as being with your own parents, and it can sometimes make us bitter.

5. I’m jealous of your decor

Pink throw pillows, colorful dishes and Etsy prints were fun when it was a girls-only apartment… those were the days. Now I have a shelf of Star Wars paraphernalia and a huge, intimidating media center. The pink candle on the coffee table is my sign of resistance.

6. Sacrifice can be a struggle

Being married is a huge sacrifice at times. When I was sick during my pregnancy, my husband was constantly getting me water, running to the drugstore and even cleaning puke out of our car. He did all of it without ever complaining. It’s a lot to ask to enter into such a serious commitment. Sometimes, you just want to be selfish… but you can’t be.

7. But at the end of the day, being married is awesome

Don’t settle for someone who isn’t willing to sacrifice for you. Don’t jump headfirst into something you aren’t ready for. Take time to get to know yourself as an individual first. But although I may seem like a whiner after this article, take my word for it: Marriage is a super-fun chapter. It’s just important to remember that that’s what it is: a chapter, with ups and downs alike.