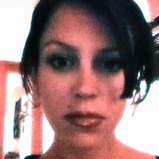 “The next step is trying to conceive.”

I was only 23, and I was in no way ready for a child. There had to be another way. My doctor shook her head and assured me that now was the best time to try, because my endometriosis diagnosis would lead to infertility.
“And you’re engaged, right? So you are in a serious relationship, and you probably want to have children, right?”
All I could do was nod. My fiancé and I had only talked abstractly about procreating and the one thing we agreed on was that we didn’t want children for at least a few years. I was neutral on the topic: Kids were great, but I felt no desire to have them on my own. My fiancé wanted children, but he wasn’t in any kind of rush.
I had just quit my salaried job to start cosmetology school, so we were far from financially stable. But his parents raised him well with very little, and this gave us hope we could do the same. We decided to go forward with my doctor’s plan and got pregnant within a few months. Though we had no idea how we were going to get through it, we felt sure we could find a way.

More: The five little words that keep my relationship healthy when my parents’ was toxic

The pregnancy was a bright light in the dark tunnel that had been our life recently. Within the last year, I had undergone multiple hormonal treatments that came with a tornado of bad side effects, and a laparoscopic surgery that resulted in a long recovery time and an intense infection. Endometriosis wreaked havoc on our young relationship, and we were relieved to have something “good” happen, even if we were unsure of how we felt about it.
Our uncertainty finally gave way to excitement once I had my first sonogram. We had photographic evidence, so we told our family and friends. Everyone was happy for us, and the cheer and goodwill followed, though something told me it was too soon to celebrate. Having gone through most of my life with some type of health issue, I learned to listen to my body. The lack of morning sickness and food cravings concerned me, but my doctor insisted I was stressing over nothing.
A week after my six-week sonogram, I was spotting and cramping, so I called my doctor who then admitted she hadn’t viewed the sonogram, even though it had been sent over almost a week earlier. She called me back to confirm the lack of heartbeat and prescribed me medication to induce bleeding. I was in the most pain I had ever been in. I couldn’t get off the couch and I wasn’t in any position to have an intense conversation but?I knew that my fiancé was hiding his grief out of worry for me. When we did finally talk about it, he told me he broke down crying when he heard the news. We were both grieving a child we weren’t even sure we were ready to have.

More: How I fell in love with a ‘so not my type’ guy

My doctor, on the other hand, was unsympathetic to the miscarriage; she insisted it was a good thing that I got pregnant at all — that it was a sign that I still could — and I had to keep trying. But when I took this to my fiancé, we knew what we had to do. We had a fertility issue and needed a doctor who wouldn’t insist we do something we weren’t ready to do.

We have since made peace with the fact that we may never have children and have even found that being childless actually suits us as a couple. Being in a relationship where one person has severe health issues is challenging, and my struggle with endometriosis continues, but luckily, I have a very patient partner. In grief, in sorrow, in confusion — those are the moments that will test your relationship the most. They are also the moments that you’ll truly discover who you are as a couple.