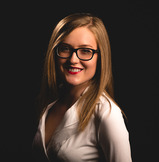 Raise your hand if anyone has ever called you a slut/slag/big ol’ ho bag.

Now raise your hand if you’ve ever done the same thing to someone else.

Since the age of 13, I’ve had very few periods in my life where I’ve been single, and I have had dozens of love interests, boyfriends and bits-on-the-side over the years. I cheated on almost every guy I was in a relationship with. (The things we do when we’re young and stupid, huh?)

And of course that kind of behavior doesn’t go unnoticed when you’re still in school and everyone knows everyone’s business.

At 18, I made a bit of a spectacle of myself by shouting at a friend for flirting with one of my boyfriends in front of me, and girls who overheard the kerfuffle stated behind my back that I was “a fine one to talk.” My own family has made similar assumptions about me. In fact, one family member even asked me, aged 14, if I was pregnant yet. So maybe I was a fine one to talk.

Maybe the bad reputation I had was all my own fault.

Still, despite all the whispers about me, I still walk into my old local with my head held high.

Because I know that society is threatened by women who enjoy sex and vilifies those deemed to be too loose about how many people they happen to enjoy it with.

Given my upbringing, I simply feel no shame for my past. I grew up in a family where every adult had a very British attitude toward sex and sex education, and nobody ever spoke freely with each other about anything “embarrassing.”

More: No really, all the single ladies don’t need anyone to put a ring on it

I was incredibly shy as a child, had no self-esteem and was a bit of an ugly duckling. So when I started coming into my own as a teenager and boys started showing an interest in me, honestly, I just couldn’t believe it.

I soaked up the attention as if it would suddenly dry up at any moment. I allowed what I perceived as positive attention to influence me and, without having been taught about respect in relationships, I allowed men to guilt or intimidate me into doing things I wouldn’t otherwise have done.

I suffered from depression and self-harmed from the ages of 13 to 19, and I now believe that I used both self-harm and sex as attempts to take back some control in my life.

Perhaps that was my karma for my flirty ways. The boys may or may not get over it. The girls may or may not remember me as a slag. But with all the inconsequential insults that have ever been slung my way, experiencing rape, miscarriage and abortion for myself certainly gave me a fresh perspective on how much other people’s opinions really mattered.

Knowing what I know now and understanding my own promiscuity, I believe that our attempts to shield young people from sex and making sex an act of rebellion are incredibly unhealthy.

It may be frustrating, but reputation overshadows your actual morals to those who don’t know you personally.

More: Calling out slut-shamers is just as dangerous as using the term ‘slut’

I’m a true believer in the saying “there isn’t anyone you couldn’t love once you’ve heard their story.”

My point is this: Don’t let anyone make you feel like you’ve been with “too many” people, whether you have low self-esteem, need to feel in control of your life or just really enjoy having sex.

You have your reasons, and whether it’s one person or half your class trying to slut-shame you, none of them has the privilege of knowing you, while they themselves are sitting uncomfortably in their own glass houses.

My choices and their consequences have made me the woman I am today, and I am thankful for that.