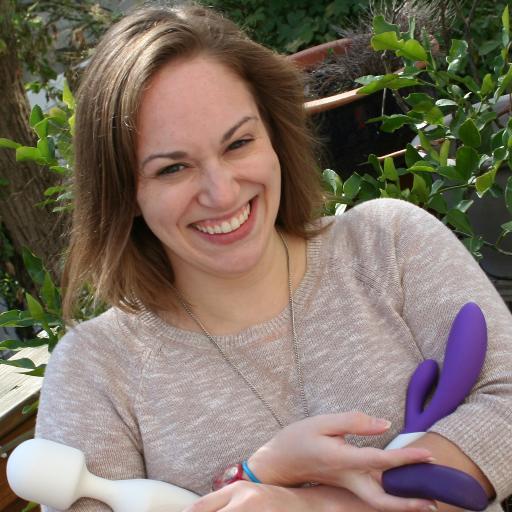 No one expected two teens who met on a cruise to last. Our parents figured it was a summer fling. College friends just knew we’d fall prey to “turkey drop,” and early on we decided to never to let our relationship stop us from chasing our dreams — not exactly the “typical” formula for relationship success.

More: Twenty years ago I met — and lost — the love of my life

Over 11 years later — after college, study abroad, grad school, unemployment, an eating disorder and almost a decade of long-distance love — we’re still proving everyone wrong. I thank the shooting star we saw on the night we met.

It’s the last hours on the final night of a lackluster cruise. He’s the cute boy at the teen dance party. I’m the girl determined this night will make up for rest of the boring trip. The club shuts down for the night, so some of us move to the theater to relish our last moments of freedom. One by one, people return to their cabins — except the two of us.

We head up to the top deck, where we discover we live 45 minutes away from each other. He invites me to his upcoming birthday party. I let him grab my butt (I wore those jeans for a reason, you know). Together, we watch the stars and make wishes on one that streaks across the sky.

Less than a month later, we have our first date. We see Garden State, eat world-famous ice cream and sneak our first kiss down an alley, strategically angled out of sight of not one but two bay windows.

After that, our weekends fall into a rhythm. I work Friday nights, drive to his parents’ house, and stay until I need to work on Saturday afternoon. Most of the time, we fall asleep on the couch and slink up to our separate rooms around sunrise to avoid getting caught.

The fall of senior year, he (finally!) says, “I love you” — then chooses a college over two hours away from mine. Yes, we agreed education comes first but that doesn’t comfort me on move-in day.

I’ve only seen him cry only once before, at a funeral. But as he hugs me, trying not to topple under the weight of a year’s worth of belongings on his back, I notice the glimmer of tears. “See you in December,” we murmur, before he gets on the security line.

Four months later, on Christmas Day, I fly to Belgium, where we stay to celebrate New Year’s Eve with his family. Then he and I wander western Europe for two weeks, sleeping in houseboats and hostels, drinking beer and relishing simply being together. We still laugh about that time we walked right past Amsterdam’s Red Light District.

I barely remembered applying to grad school. I submitted my application a month late and promptly forgot about it, wrapped up in the misery of a job I no longer loved and a body that betrayed me by not healing promptly from a simple injury. I had been planning on quitting and moving closer to him. Instead, I am now headed five hours away.

He arranges to spend his last semester of grad school writing his thesis from Baltimore. Eight and a half years after getting together and finally — finally! — we live in the same place.

“I can’t believe we’re finally together!” we say to each other — tens of times a day for weeks. We were totally that couple… and then we realized living together, after almost a decade of being long apart and right when I was starting treatment for an eating disorder, is really damn hard.

The long-distance thing? We’re pros at it. Making decisions and tackling problems as a couple, never mind figuring out how much to cook? Hello, learning curve.

We’re dancing at his friend’s wedding. June has been a trying month, despite the progress I’ve made in eating-disorder recovery and moving to our new place in the best part of the city. During a particularly poignant song, we lock eyes and realize we aren’t ready to give up. The job rejections keep rolling in, and our savings dwindle to the point that we go on food stamps. But still we make the most of every joyful moment — the mornings at farmers markets, friends who visit and the free beer he gets from his job at a microbrewery.

We have one day to find an apartment in New York City. We’ve been living with friends and family since he took a job here in October, but with my move imminent, we really need to find our new home. We do — at 7:30 on a Saturday, in between a Baptist church and an artist’s studio. It’s tiny but perfect, one of those places that when people ask how you found it, the only response is, “Luck!”

We’re the embodiment of ships in the night: One time his plane lands within minutes of mine taking off. Rather than savoring our time together, we fight constantly. My ankle injury from last year keeps getting worse, and I take my anger, pain and frustration out on him. He reacts in defense, not knowing how to help. In December, we fly to Sedona for vacation. The night we arrive, we have one of those talks. The ones you never see in rom-coms, where all our mess and synergy and pain and love is right at the surface, pushing us to ask just one question: Do we want to make this work?

As in the past, the answer’s a resounding yes. We recommit to each other, to hiking and cuddling and just doing nothing. We let ourselves be awed by the Grand Canyon. We celebrate.

The foundation we set in Sedona has stayed strong, despite me having more health problems. But I finally learned to ask for what I need, like slowing down when we walk. He’s learned to listen without offering to solve a problem for which the only solution is time, patience and rest. It’s a helluva lot easier to support each other when we know how.

We spend Valentine’s weekend away with his family. We agree the bed is too lumpy and the kitchenware sucks. He asks what’s wrong (I don’t feel appreciated) and makes sure to switch between the movie and the game. I take advantage of our limited alone time to touch and whisper 11 years of inside jokes.

Returning to NYC, especially our bed, feels delicious. After all, it’s home now. We have a favorite bar, deli and restaurant. He does work that challenges him. I’m building a pleasure empire. Along the way, we try to remember to ask for what we need.

We’ve learned a lot since high school, including that sometimes putting our relationship first is the best choice. There have been dozens of tough conversations, more tears than I can count and the constant refiguring out of, “What do we want? How do we want our relationship to work?”

But here’s what matters. We celebrate four (yes, you read that right) anniversaries each year: meeting, dating, moving in together and moving to NYC. We continue to choose each other, challenge each other and seek out ways to grow as individuals and a couple.

In our darkest moments, when we looked each other in the eye and said, “I don’t know if I can do this any more,” we went ahead and did it anyway.