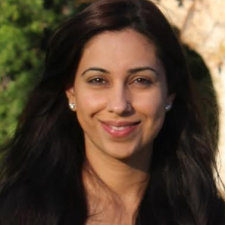 So, maybe you can’t completely avoid some of these recurring marital arguments, and maybe that’s OK. Knowing that they exist and being prepared for them is half the battle. And when the issues resurface, maybe there’s a way to negotiate and diffuse the situation to make life less stressful.

More: 4 Easy phrases that will make your spouse feel appreciated

I recently picked up a favorite book of mine, Why Marriages Succeed or Fail, by Dr. John Gottman and was reminded of his amazing findings that 69 percent of relationship issues are perpetual and will never be completely resolved. He says that it is unnecessary to have every problem in a relationship solved. A better goal would be able to manage the issues in order to create a healthy marriage and avoid explosive arguments and resentfulness in favor of more effective communication.

Gottman’s research gives him the ability to actually predict how long couples will stay together based on observing them for just a few minutes. For instance, he discovered that excessive anger and emotional withdrawal can lead to divorce in about 16.2 years on average.

More: What you don’t know about marriage therapy–but should

Worse, couples that use what he calls the “four horsemen of the apocalypse,” or four distinct conflict behaviors, almost always lead to divorce in about 5.6 years on average. No couple hopes for either of these scenarios when they first get married, so what are these fearsome four horsemen of negative marital behavior and how can we avoid them?

The four horsemen behaviors that Dr. Gottman identified are:

In order to steer clear of the four horsemen, Dr. Gottman says that couples must become more aware of how they initiate conversations with their spouse. Most arguments start because of some emotional triggers usually involving something important to you that your partner did or did not do or he somehow feels misunderstood, diminished or invalidated.

When approaching an argument by using one of the four horsemen, your partner will normally respond negatively by focusing on the horseman instead of the actual issue. Retaliation will be striking back or defending himself rather than actually listen to what is bothering you.

Instead, try a gentler approach using the three-step process below:

Using the above as starting points to your arguments sets the stage for discussing issues calmly rather than getting defensive, judgmental or retreating. This allows negotiation and compromise to take place. The main goal is to prevent interactions with your spouse that are hurtful and hostile. Instead, try to create positive engagements without judgement. Strive to empathize with your spouse’s emotions and support him in any way you can.

In the end, always remind yourself that you both love each other and care about each other’s happiness. You are on the same team! These are the reasons you got married in the first place!

More: 5 resolutions for your marriage

Malini Bhatia is the founder of Marriage.com, a website dedicated to providing value in every marriage. Marriage.com provides resources, information and a community that supports healthy, happy marriages. Malini has global experience in international management and communications. Malini lives in Los Angeles with her husband of 11 years and two daughters.