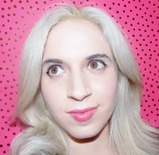 Like most youngsters, watching infinite amounts of Disney movies was probably a big part of your childhood. And whether you fell in love with the dashing and daring heroes, or idolized any of the beloved princesses, chances are that some of the messages in such films could have really have had a strong impact in your life.

But with such fairy tales spoon feeding you ideologies about love and romance, it could have been pretty hard to discern what’s right and what’s wrong when you were young. But for modern women, such classic stories can only school you on dating lessons anyone could really benefit from. For better relationships in your near future, here are seven dating lessons from Disney movies that totally apply to modern times.

1. Don’t change who you are just because you’re different

While we’re pretty sure most of you didn’t make a deal with an evil sea witch (right?), you can definitely take a cue from The Little Mermaid and remember that changing yourself to please any man never ends well. Doing so lowers your self-worth, and let’s be real: Constantly living to please others is both exhausting and unhealthy.

Princess Aurora may have been in one sticky situation, but that’s not a good excuse to fall head over heels for a guy she barely knew. And even though she and Prince Phillip may have been betrothed at a young age, falling too hard without really knowing your guy can only cause a fairy tale disaster. Our advice? Try dating your beau for a while before rushing into something you both may regret down the road.

3. Your problems won’t go away the moment Prince Charming comes along

Like Aurora, Snow White and Cinderella have the misfortune of marrying a man to escape the horrible lives they were practically forced into. Now, chances most modern ladies aren’t going to marry a complete stranger, but know that marrying anyone isn’t going to help you escape from any kind of baggage (past, family, etc.) you’re desperately trying to leave behind. In love or not, you have to fight your battles and face your demons in life.

You may be hung up on dating the same type of guy over and over again, but dating outside of your comfort zone is something that worked for both Pocahontas and Rapunzel. John Smith and Pocahontas are your textbook definition of star-crossed lovers, but both defied the expectations from their friends and families to give their love a chance.

Similarly, Rapunzel and Flynn couldn’t be more different, but they definitely learned a thing or two from each other. Look, we’re not saying to go for the guy that you have absolutely nothing in common with, but sometimes getting out of your usual dating mold proves to be a nice change.

5. You should be totally honest

Mulan and Aladdin probably know this better than anyone, as honesty really is the best policy. Lying to your date not only creates false expectations, but it allows you to become some nonexistent version of yourself that you probably wouldn’t like (or get tired of) after sometime. Plus, remember how Jasmine really liked Aladdin for who he really was, and not the phony Prince Ali? Chances are your guy would probably feel the same way.

Tiana definitely did what Cinderella couldn’t — she not only snagged the prince, but she also accomplished her goal of owning a restaurant, too. And while having it all really seems like something out of a fairy tale, just remember that Prince Charming is a luxury and following your dreams is always a necessity.

7. You can’t change a man, but sometimes they can change for you

Despite Belle’s many failed attempts, she couldn’t make the beast be the prince. Things may have been better for the popular Disney couple if she stopped trying to make the beast into a so-called gentleman. Accepting each other completely (that includes strengths and weaknesses) may have avoided arguments between the pair, and may have even sped up the beast’s transformation process altogether.