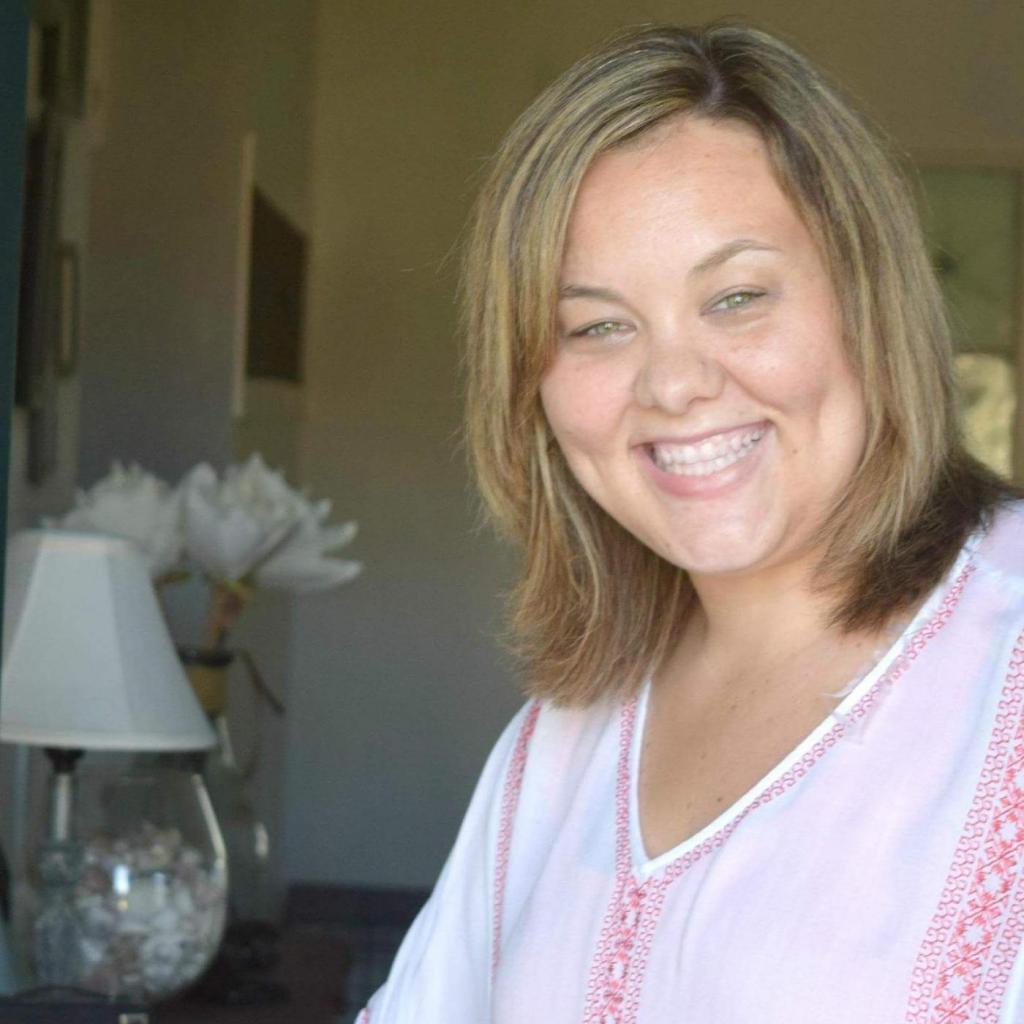 My husband and I have been married almost 9 years, together for 11. We have three children, two dogs, a home we own in the suburbs and even the white picket fence. We are the people who have been described as solid, responsible and good examples of adulthood done right. We play by the rules. Except it was not always this way, as in time things settle and memories fade. Our whirlwind start and irresponsible leap into matrimony has been forgotten. Time heals all wounds — and possibly young love’s judgment?

More: After one disastrous date, we decided to be pen pals — three years later we were married

I grew up in Southern California, and at the ripe old age of 19, I moved to Wisconsin. I was on my own, in my first apartment, holding off on college for one semester, as my transfer papers were not in order. I was a nanny with zero ways of meeting people, so I turned to the Internet. Over 10 years ago, with Tinder’s swiping-left not an option, I signed up for a legit dating website — not in the hopes of finding love but maybe a friend.

Three weeks into moving here, I “matched” with a man from Wisconsin. We talked and emailed for a few weeks and then decided to meet in person. He was sweet, quiet, shy (hence his choosing online dating), funny and very intelligent.

When I met him, it was an instant connection. I felt both calm and excited in his presence. My body exhaled more, but my heart sped up. He seemed like an old friend, like his face was not new to me. He dazzled me and made me feel complete instantly. We ended up at a coffee shop after dinner, where we talked for hours. The coffee shop employees swept up around us as they were closing down for the night.

It was a dream first date. I remember calling my cousin and saying, “This is different — this is big.” Maybe it was a crush or puppy love. Call it what you want, but we were happy and ran with it.

My now husband felt the same way, and we enjoyed more dates, more long phone conversations, talks of dreams, goals and pasts. I was hoping to connect with some friends with my online dating, but I ended up finding my best friend and eventual husband.

I met his family into week two of us dating. We said I love you in week three. We’d both felt it instantly but finally built up the courage to say it. Things never seemed like a whirlwind to us—there was never a pause of concern, it all simply flowed. Perhaps it was our young selves and naïveté, as I was 19 and he was only 22. Maybe we should have thought things through more. But we did not, and we kept our relationship on the fast track, moving in after three months and getting engaged in five. I was planning my wedding at 19.

This is when family and friends started speaking up about their concerns, all of which centered around our age and the quick succession of events. The consensus was he was great, I was great and we were good together, but we were rushing. We should have met 10 years later, we have not lived yet, there is still so much to learn. No one ever shunned us or was rude. It was all coming from a good and kind place, but the word on the street was we were two crazy kids and needed to think about things more.

More: I asked my kids how I can be a better mom, and their answers melted my heart

We never listened. I did not get the big deal. I was 19 years old, that is a legit adult! I could vote and everything now. We slowed down a little at this point to plan the wedding. Letting my fiancé get established in a career, we married almost two years after meeting. I was 21, and he was 24.

It was a wedding done the traditional way, with a first dance, cake cutting, speeches made and all. Perfectly fine, but it was dictated by our extended family. The fact that we were so young meant we let others lead us. We had never actually planned a wedding. They must know best.

Within three years of marriage, we had three kids — yes, the whirlwind status for us was back. There were whispers, worried looks and not too much celebrating with each announcement of us expecting. Don’t get me wrong, our families adore our children and spoil them far too often. I think the hesitancy was about us taking on more then we can handle. To them, we were still rushing things and not playing by the rules of life.

We purchased our first home and added two furry and lovable dogs to the mix. For a few years, we even drove a van, which has since been upgraded to an SUV. My husband was very smart in his career choices and is able to support us all with his income. I was a stay-at-home mom for the first few years with our little ones and only in the past two years have branched out into having a blog, Our House Now a Home, and writing for other publications, and carving out a career for myself.

As I said, we are the quintessential ‘burbs family. We will be celebrating nine years of marriage, and with each year has come a shift in how people see us. Gone are the days of worried glances, long “talks” of our plans and advice about everything. We have seen marriages crash and burn around us and couples holding onto that last thread, refusing to divorce but refusing to be happy.

My husband and I have a solid marriage and can be stupidly happy at times. Yes, we fight, and yes, we bicker, nag over petty things, get stressed. But that same connection and instant calm still remains. We closed that coffee shop with our eager talking, and 11 years later we have still not run out of things to talk about.

I’m not sure how we knew we were “it” for each other. We have since realized how crazy we were — but not because of our age. I have met 40-year-olds who are not ready for marriage. We were crazy because we were not the us we are now. Our wedding was a mix of tradition and expectations. It was not us when he proposed. It was the stereotypical in-a-restaurant-on-one-knee kind of thing. Which is also not us — we are quiet, low-key people, not needing attention.

I do not blab to girlfriends about our issues. We are simply us. It is him and me, then everyone else. Had we waited, I am sure we would have settled into this, and our proposal and wedding would have reflected that.

We were crazy because the man I married is not the man I am married to today, and I am not the woman he married. We have grown and shifted, changed, learned and stumbled, but we have done all of that together. We figured out adulthood together. We have grown, and I have such pride in the man I see now standing next to me. I have seen the transformation, and our dedication to our marriage and life is the reason we still stand together.

No one knows how they will be 10 years from now. Granted, your 20s are when the shifting into the adult you happens. I think getting married when we did has only helped our relationship. We never had a set way of doing things — neither of us knew what we were doing. We have held tight to each other and figured it out. I think the ease in that has been wonderful. There is no his or mine, just simply always ours.

Of course I can say this now, with the proof of our love and marriage being deemed a “success.” Our families praise us and enjoy celebrating our “perfect match.” I am not 100 percent certain we were a perfect match 11 years ago; we simply felt a connection and leaped. Through work, fights, tears, hugs, love, pure will and determination, we have ended in a happily-ever-after. This is what we were hoping for when we blindly moved in together and combined all of our finances three months in. Whether it was love, magic or fate, I am not sure.

I do know that what has gotten us to this point is nothing but commitment and work. There is no fate or magic about it. The well-intended advice and worry from others has gone away, and in its place are people who are genuinely happy for us — and maybe a little relieved it all worked out.

We have since stated we should have eloped the moment he proposed — just gotten it all over with. So, if I would change anything, it would be that we had leaped sooner. At the time I did not think I was young, but looking back now at 30, I do see how young I was. We have an 8-year-old and live in a neighborhood where the other parents of my kids’ ages have a good 10 years on me.

My age has never been more obvious than when my daughter asked me how old I was when I got engaged. When I told her 19, she exclaimed, “What, you were a teenager? Is that even legal?” Yes, barely.

I would not have changed a thing, I and look forward to reaching that golden anniversary a little sooner than others our age.

More: The first day of kindergarten through a mom’s eyes

Marriage Is the Ultimate ‘Entanglement’

7 mins ago
by Nikesha Elise Williams