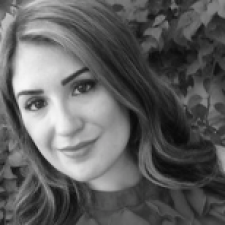 For a long time, I was very insecure about the spider veins I’d had on the back of one leg since puberty. They were squiggly and bright blue, and no matter how tan I got, they would still show. It didn’t help that I was already insecure about my calves, which were larger than most other women’s.

More: How I finally learned to embrace my dark under-eye circles

Despite this dissatisfaction, I didn’t really do much about my spider veins. Once or twice, I experimented with body makeup, but it didn’t cover thoroughly or last throughout the day. So I just tried to live with them and convince myself there were worse things.

In my late 20s, I was browsing Groupon and came across a daily deal for laser vein removal at a local med spa. According to the site, the service normally costs around $1,500, but was discounted to just $295. If I saw this type of markdown now, I would be skeptical, but at the time, my insecurity combined with the novelty of being able to afford such a pricey procedure pushed me to purchase the deal. So I bought it and scheduled an appointment for a few days later.

When I arrived at the med spa, I was surprised to find that it was in the corner of a run-down strip mall. Inside, the office was slightly more polished, with a clean waiting area, bright lights and the names of the clinic’s two doctors imprinted on a bronze plaque. It still didn’t feel as upscale as I was expecting. Even though I was hesitant, I checked in, signed the waiver and was shortly escorted back to a procedure room.

More: I have struggled all my life to find my natural hair beautiful

After waiting in the cold, sterile room for about 15 minutes, a woman finally came in and introduced herself as my “technician.” As much as I regret it now, I never asked if she was certified or if one of the doctors would come in to see me. She asked me to lie face down on a table, while she prepared the laser machine. For the first time that afternoon, I allowed myself to feel anxious.

As the technician touched the laser to my skin, I felt an immediate burning sensation and cried out. The technician kept going, but the pain was so searing I had to tell her to stop. I consider myself to have a very high pain threshold and have several pretty large tattoos — but this was a different level of intensity.

To make matters worse, when I got off the table and looked down at my leg, I had deep, red wounds where the lasers had been. By the look on her face, the technician seemed to know this wasn’t normal, but she didn’t say anything while she wrapped me up with the post-procedure gauze.

Over the next few days, the pain didn’t subside and the wounds continued to redden. Over a few weeks, as I finally started to heal, the scarring set in, leaving me with dark, mottled spots where my veins used to be. I was at an emotional low. Ironically, in trying to look better, I ended up with marked scars that were worse than the veins themselves.

Nearly five years have passed since that incident, but the lesson I learned from it is always top-of-mind. I now know sometimes it’s better to live with “imperfections” than to try to fix them. If I ever do undergo a cosmetic procedure in the future, I will be much smarter about the way I approach it.

I will make sure that I vet the provider extremely carefully, checking medical boards, reading reviews and asking for customer references. My body is my most precious asset, and that is not worth risking — even for an amazing discount. At the end of the day, businesses can take advantage of women’s insecurities.

47 mins ago
by Katherine Speller