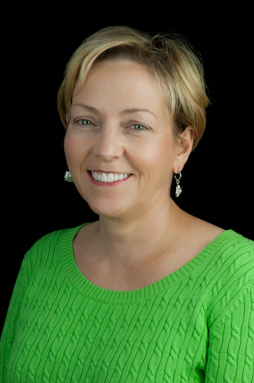 As a child of divorce and a divorced parent myself, I understand the struggles parents face when the holidays roll around or when there are special occasions and birthdays to celebrate. Which parent will the children be with during those memorable times? Will it be their mother or father? Or both?

More: 5 Ways a single parent can make the holidays awesome for the kids

If the parents have carefully thought this through and clearly define it in the divorce decree, then there’s no question. Perhaps it’s easier when the parents alternate holidays and other events or they split time and share those days. Everyone gets their equal time, the children know what to expect and there are no unsettling negotiations.

The real problem comes when things are not clearly set out from the beginning and it’s left up to the parents, or even the children, to decide. What if they decide to celebrate these special times with everyone together, thinking that it’s best for the children? After all, there’s nothing better than having everyone together again as a family.

My parents didn’t get along before or after their divorce, so it was never an issue for our family, but many couples do get along after they’ve split. Some couples have a better relationship once they’re apart, so why not spend special times together as they once did, as a “family?” Experts will tell you to work together and cooperate as a family, but that cooperation may have unintended meaning.

More: 6 Ways to enjoy the holidays without your ex

While it sounds commendable for everyone to set aside their differences for one day and celebrate together, this can give false hope to the children, and in some cases one of the parents, that mommy and daddy might get back together. When reconciliation doesn’t happen, it can further strain relationships and break down communication between parents and children.

There are reasons people get a divorce, and while two people can get along for the occasional meetings after that piece of paper has been signed, it’s highly unlikely that they want to be married to each other again. Chances are, the things that made them not want to be married to that person still exist, and most people don’t want to revisit that time in their lives again.

When a couple puts on their best behavior for a few special days a year, all is forgotten and the children don’t understand why their parents can’t be together like they used to be. It sounds harmless enough, but one person, or everyone involved, can be hurt by spending time together as a family just for the kids.

I’m sure some people will disagree and say that it was beneficial for their children and worked out fine for them personally. That may be true, but everyone’s feelings and emotions run high after a divorce, and playing with those emotions and putting thoughts and ideas in the hearts and minds of young children can be risky. Once you’re divorced, it’s time to create your own special moments and traditions with your new family, which may or may not include someone else.

Make plans for dealing with holidays, birthdays and special occasions while going through the divorce process. Let the children be part of that process if they are old enough to understand and make decisions. There will be times over the years where you will all be together in the same place for your children’s plays or sporting events, and if you are one of the few that choose to rekindle a relationship with your ex, do so separate from the children, as you should with other relationships after divorce.

More: What I learned in the first 365 days of my second marriage