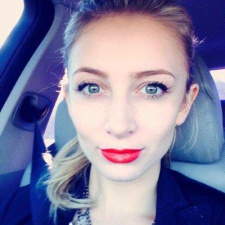 The Internet has taken over the world, and that’s hardly breaking news. If you take a look at your day-to-day routine, I’m sure a solid majority of it is spent online — maybe closer to 90 percent for Instaddicts like me. We’ve let it take over our work lives, our social lives and even our family lives, but a recent study shows that we might be letting the wonder of the web take over something even more personal — our sex lives.

That’s right: 32.5 percent of 5,000 Americans polled in a recent study said that they would sacrifice sex for the Internet for six months! Now, before we go blaming men and online pornography for the fact that nearly one third of Americans prefer internet over intimacy, it should be noted that in the same study, women were 28 percent more likely than men to give up getting laid to get online. The numbers were even worse for Millennials, with 48.4 percent of our generation saying that they’d choose the internet in this situation.

If you’re as disappointed in the staggering number of Americans willing to surrender their sex lives to the internet, you also might agree that a tech detox is in order for the new year. Here are five things that happen during a tech detox that can lead you to more… ahem… pleasure.

According to the American Academy of Facial Plastic and Reconstructive Surgery (AAFPRS), in 2014 plastic surgeons surveyed saw an uptick in requests for procedures, especially in the under-30-years-old set, as a result of patients continuing to become increasingly self-aware of their looks due to photo-sharing on social media platforms.

It’s possible that you haven’t run to the surgeon’s office as a result of social media use quite yet, but it still may be taking a larger toll on your confidence than you think. Gaining a little bit of that lost confidence back might just stand to benefit you in the sack after a tech detox.

42 percent of cell-owning 18-to-29-year-olds in serious relationships say that their partner has been distracted by their mobile phone while they were together. Based on personal experience, I was actually quite surprised to see that this statistic wasn’t over 50 percent.

You’ve more than likely been on the other end of a date where the guy or girl is obsessing over his or her phone the entire time. If you think about how that made you feel, you might realize that your partner could be feeling the same way as a result of your tech addiction at home. Nothing puts a damper on the potential for great sex quite like feeling unappreciated.

Almost 20 percent of 1,632 American adults surveyed said that out of all the social networks, Facebook has the most negative effect on their mood, and another 20 percent confirmed that the site caused them the most anxiety. Naturally, high levels of anxiety tend to take a toll on the libido. Fortunately, a quick break from your smart phone could help you reduce some of the holiday season stress and feel more relaxed and ready to get frisky with your partner.

4. There’s less stress on your relationship

People who use Facebook more than once a day are more likely to report relationship conflicts arising from social media, according to a new study in the journal Cyberpsychology, Behavior, and Social Networking.

Reasons for added relationship stress with increased social media use may vary, but in the end, problems outside of the bedroom tend to hinder your potential for great sex. Engaging in a detox could be a great way to keep those issues at bay and away from affecting how you and your partner connect in bed.

5. You have more time on your hands

Research shows, Americans spend an average of 11 hours on electronic media each day. Meanwhile, there are still many of us in relationships who say that we “don’t have time for sex” before work or after running errands. Eleven hours of time taken away from tech sure leaves a lot of time that could be well spent with your significant other, don‘t you think?!

Whether you realize it or not, your iPhone addiction is probably affecting your ability to achieve the ideal “O” moment with your partner. We’ve let tech take over in almost every other aspect of our lives, but how about we keep it from having a negative effect in our bedrooms in 2016?