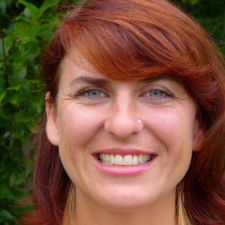 Now is the time to start taking your vitamin D supplement

I spend a good amount of time outdoors and eat my rainbow of colors, so I don’t worry to awfully much about taking a multivitamin or other supplements — until I got a shocker at the doctor’s office.

When talking to friends and family, most of them received similar results when they had their vitamin D levels checked.

As a nutritionist, I know vitamin D is an essential vitamin for health, but I never considered I wasn’t getting enough. I started doing some more research and found that a vitamin D supplement is one of the few universally recommended.

Vitamin D can be made by the skin when exposed to the UVB rays in sunlight and some foods have vitamin D, but despite my best efforts to get my nutrition in these ways, I had to acquiesce I still wasn’t getting enough of this vital nutrient.

Really, if you live in a state anywhere above Florida from November to June, a vitamin D supplement may be necessary.

When I first got the news, I reviewed my diet to make sure I was eating enough food with vitamin D. I found that some food lists included mushrooms, while others said they had negligible amount. I was at the grocery store the other day, and several of the packages of Monterey mushrooms boasted “high in vitamin D.” I was initially annoyed because I felt this was another marketing ploy, getting people to buy mushrooms with less than substantial health claims.

Later, I went to the National Institutes of Health website — a great site for a summary of all your vitamin needs — and it mentioned mushrooms grown under controlled ultraviolet light conditions can be high in vitamin D. So, if you like mushrooms and don’t want to take a supplement, this brand or others grown under similar conditions may be a good option.

Now I make a conscious effort to get 20 to 30 minutes of sunlight a day from June to November and eat foods like fortified dairy, egg yolks, fatty fish and mushrooms grown under ultraviolet light. Just to be safe, I take a supplement from November to June. I will have my vitamin D levels retested in May, and I’ll let you know my results.

It is always best to speak with your doctor before taking a new supplement of any kind — and vitamin D is no different. The link of vitamin D to bone health is already well known. A new study called VITAL will be looking to see if vitamin D can lower the risk of cardiovascular disease, diabetes, memory loss, depression and many more diseases. In the meantime, getting adequate intake is a good idea.