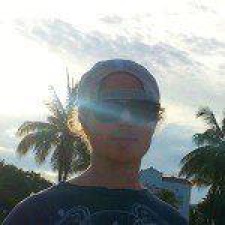 Almost every woman has faced this problem: How can I tell whether he likes me or not?

I want to clear up that question for good, right now.

Here are the top five most accurate signs:

1. He really listens to you

I listen carefully to what someone says when she’s important to me. I don’t have to try to do it — I just do it naturally.

Well, when a guy likes a woman, she becomes important to him. And that means he listens carefully to what she says — and remembers what she tells him. He doesn’t have to make a special effort, it just happens naturally.

2. He treats you differently than other people

Here’s an important rule to remember about guys: They aren’t subtle. They’re not masterminds. On the whole, they’re more Homer Simpson than James Bond.

If I have feelings for you, I’m going to show that in my actions towards you. I’m not going to be able to hide it — I’ll treat you differently than I treat other people.

3. He will react if you mention another guy

He might not hulk out in a jealous rage and put his fist through a wall, but he will react.

Maybe I’ll make a joke. Maybe I’ll ask you about the other guy. Maybe I’ll just perk up and start paying closer attention. If I’m interested in you, I’ll react in some way.

4. He’ll make an effort to spend time with you

When a guy is interested in a woman, she becomes one of his priorities. Even if he’s super busy, she’s still on his list of priorities.

No matter how busy I am, if I really like you, I’m going to find at least a little time to spend with you, and I’m going to reach out first to make plans.

If he’s not that busy, but he’s still “too busy” to see you, that’s a huge sign he doesn’t like you.

5. It will be obvious that he likes you

Remember before how I said most guys aren’t subtle? I meant it.

When a woman obsesses over searching for the “secret” clues that a guy is into her, chances are he’s not interested, and she’s projecting her hopes onto his behavior. Ironically, that’s one of the fastest ways to drive away many guys. When you scrutinize his behavior looking for clues, all it does is make him feel uncomfortable. They move towards things that feel good in the moment and away from things that feel bad. If he feels uncomfortable around you, it’s going to push him away and make him want to avoid you.

Instead of scrutinizing his behavior for clues about how he feels about you, focus on having the best time you possibly can with him in the moment. Let go of thoughts, hopes or expectations about the future and enjoy yourself with him in the present as much as you can.

When you’re relaxed, happy and comfortable, he is too. Any woman who can make a guy feel that good is a woman that guy will want to be around a lot — a woman who he will develop feelings for.

It’s as simple as that.